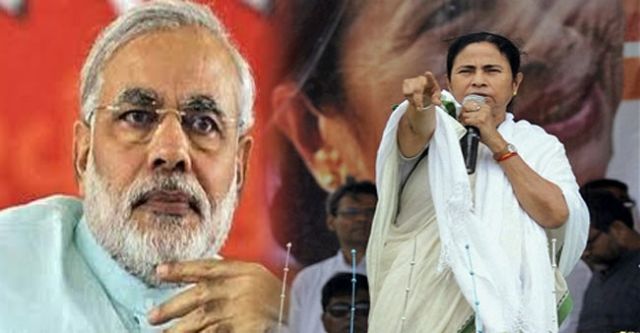 “BJP’s ‘acche Din’ means snatching away people’s money, extorting money from the banks and make everyone penniless. Even yesterday, the EPF interest rate has been reduced by one percent. Before the BJP came to power the interest rate was 8.8 percent… it has dipped to 8.5 percent in the last few years,” Banerjee said at a public meeting in North Dinajpur district’s Hematpur.

Referring to the Rs 11,300 crore Punjab National Bank (PNB) scam, she claimed the Central government tries to neutralise such massive money frauds by taking away money from the common people.

“Whenever there is a massive fraud, they (centre) try to balance it by taking money out of the common man’s pocket. Imagine how much money they are taking away from every individual by reducing the interest by one percent,” she said.

“How can such scams happen. These are government organisatons. But there are no audits, no CAG reports,” she said.

The Trinamool Congress supremo said while the interest rates on various schemes have been drastically reduced, while people are also skeptical about their savings in the banks due to the proposed Financial Resolution and Deposit Insurance (FRDI) Bill.

“They are reducing the interest in Provident Fund in the name of increasing the daily allowance of the employees. The savings rates have also been reduced. Moreover, people are not sure if they would get back their money kept in the banks,” Banerjee said.

“If the proposed FRDI bill gets implemented the banks take a call on whether the customers and fixed deposit holders would get their money back or not,” she warned.

Banerjee further accused the centre’s ruling party of trying divide people along communal lines all over the country before elections and snatching away money from banks and people’s pockets after the elections are over.

She also criticised the centre for the possible disinvestment in companies like Burn Standard Co Ltd, that is considered to be the “pride of Bengal”.