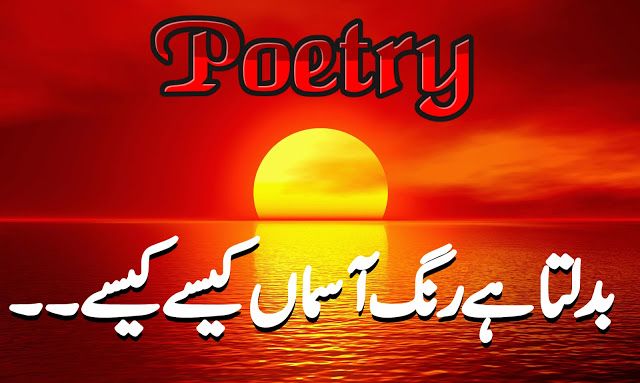 His fame mostly endures on one couplet, which ably uses changes of nature to reflect the turmoil in human affairs. But even among those familiar with “Zameen-e-chaman gul khilati hai kya kya/Badalta hai rang asmaan kaise kaise”, only a few would know the poets identity. That is a pity, for “Aatish” was far from just another Urdu poet.

A standard-bearer of Dabistan-e-Lucknow, or the Lucknow School of Poetry, a master of poets and a mentor to hundreds of poets in his lifetime, Khwaja Haider Ali “Aatish” (1778-1847) played a key role in delineating the contours of his era’s poetry, but through his own independent approach.

But more importantly, his main motif was human nature and dignity — usually in the face of adversity.

This was closely followed by liquor motif — what has become a perceived staple of the literary tradition — but “Khamariyat”, or a call for self-inebriation, is not what it appears to be superficially. Its purpose is not to display a hedonistic and dissolute lifestyle but rather to show a certain pathos, which is not circumstantial but a conscious choice — as a subtle retort to an unjust world.

Also, “Aatish”, unlike his contemporary and rival, Imam Baksh “Nasikh” — who swore by poetic form, correct idioms and patterns of rhythm — plumped more for express subjective experiences, but did not neglect poetic parameters entirely.

Mohammad Hussain Azad, in his pioneering history of Urdu literature, observes that Nasikh’s followers attacked “Aatish” over his poetry being only “casual chit-chat” without any maturity or lofty themes, but rejects the argument, as his own study shows the poet’s work is “not devoid of sophisticated themes”.

“Undoubtedly his expression is limpid. He doesn’t give twists to straightforward matters. Among his constructions there are also Persianised similes and metaphors, but they are readily understandable. And along with this he’s very faithful to his own (Urdu)… It is easy to exalt poetry with colourful expressions, similes, metaphors. But to present a simple, clear meaning in everyday idiomatic language, so that it will move the listener’s heart — this is very difficult,” he said in his “Aab-e-Hayat”.

And Azad also goes on to term Aatish’s poetry “the founding charter of colloquial Urdu idiom, and a lofty example of Indian literature”.

But before we see more of Aatish’s poetry, let us learn a bit about the man.

Azad tells us that his family, descended from Sufis, was from Delhi, but his father Khwaja Ali Baksh moved to Lucknow and the Faizabad-born “Aatish”, when young, took up poetry, and “bid farewell to the family ways and manners; from them he took only freedom from the world’s conventions, and detachment, to bear him company”.

He displayed his expertise at mushairahs and thinking the grammar book, which he had mastered, sufficient and further study useless, polishing his poetry through practice to the extent he was deemed the authoritative ustad of his age.

Thin and tall, he was “a simple, innocent, straightforward man, who never went to nobles’ courts to recite ghazals, nor composed odes in their praise, choosing to spread out his cheap jute mat in a broken-down house, sheltered by a roof of straw and thatch”, says Azad.

And there are more tales about “Aatish”, who tellingly gave up composing after his rival “Nasikh” died, but let us look at some more of his poetic virtuosity. “Bayan khvab ki tarah jo kar raha hai/Ye qissa hai jab ka ki ‘Aatish’ javan tha”.

As noted earlier, though “Aatish” focussed on human nature and dignity, not sensuousness that many of the Lucknow School are known for, he was also not immune to it.

While there is the plaint “Ae sanam jis ne tujhe chand si surat di hai/Usi Allah ne mujh ko bhi mohabbat di hai” — and if this sounds familiar to some, it was a song in Raj Kapoor starrer “Diwana” (1967), where lyricist Hasrat Jaipuri just changed the second word of the second line to “Maalik”.

But these are exceptions.

Let’s not let that happen to him.

Urdu: Whose language is It?