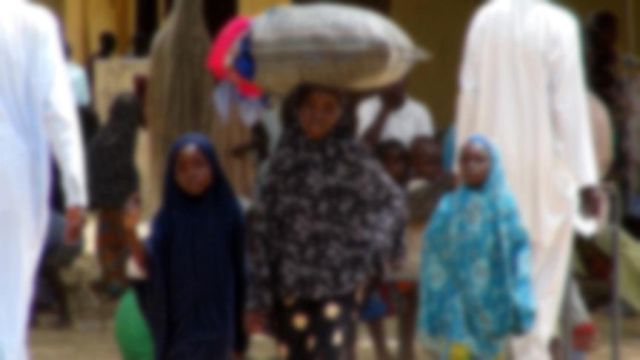 Lagos, Nigeria: Thousands of female victims of Boko Haram violence in Nigeria’s northeast are being raped or forced into sexual relationships with security agents in exchange for food or security, Amnesty International claimed in a report Thursday.

“They Betrayed Us” quoted unnamed victims speaking about serial abuse and denials by security forces — including government-backed vigilante — who were supposed to protect them against Boko Haram.

“It is absolutely shocking that people who had already suffered so much under Boko Haram have been condemned to further horrendous abuse by the Nigerian military,” the report quoted Osai Ojigho, the director of Amnesty International Nigeria, as saying.

“Instead of receiving protection from the authorities, women and girls have been forced to succumb to rape in order to avoid starvation or hunger,” he added.

The report claimed that the abuse in some cases appears to be part of a pattern of persecution of anyone perceived to have a connection to Boko Haram. It quoted women reporting being beaten and called “Boko Haram wives” by the security officials when they complained about their treatment.

“As Nigeria’s military recovered territory from the armed group in 2015, it ordered people living in rural villages to the satellite camps, in some cases indiscriminately killing those who remained in their homes. Hundreds of thousands of people have fled or were forced from these areas.

“The military screened everyone arriving at the satellite camps, and in some locations detained most men and boys aged between 14 and 40 as well as women who traveled unaccompanied by their husbands. The detention of so many men has left women to care for their families alone.

“Women said the sexual exploitation follows an organized system, with soldiers openly coming into the camp for sex and Civilian JTF members choosing the ‘very beautiful’ women and girls to take to the soldiers outside.

“Sex in these highly coercive circumstances is always rape, even when physical force is not used, and Nigerian soldiers and Civilian JTF members have been getting away with it. They act like they don’t risk sanction, but the perpetrators and their superiors who have allowed this to go unchallenged have committed crimes under international law and must be held to account,” Ojigho added.

The Nigerian army dismissed the report as fictitious and another blackmail from the rights group.

“This malicious trend by AI [Amnesty International] is becoming a frequent ritual and it is rather unfortunate. In times like this, Amnesty International is expected to apply the natural law of liaison by working with security agencies as partners,” Nigerian defense spokesman John Agim said in a reaction to the report.

“This would have been the best way to ensure that insurgency and crisis is completely wiped off rather than engaging in falsehood, maligning the military and painting it in a bad light at any slight opportunity.”

Agbim accused the body of repeatedly “cooking up” the report to demoralize the Nigerian armed forces whose members are dying to keep the country safe amidst the asymmetrical warfare.

Garba Shehu, a spokesman for the Nigerian president, also criticized the report for lacking ‘credibility’ and falling “vehemently short of evidential narration”.

Shehu said whereas Abuja remains committed to human rights and willing to punish bad conducts in the system, the report was rehashing old claims and did not contain factual leads that would warrant proper investigations.

“Findings are attributed to people but a proper description of such people constituting the source of information is not provided. Engagement was claimed to have been made with Nigerian authorities but which authority is it, is not provided with clarity. This then is just a wild goose chase report, in essence,” according to Shehu.

He said the rights watchdog also failed to acknowledge some self-correcting mechanisms already established by the army to curb excesses, including several, presidential initiatives on such abuses, court martials, and dismissals after valid cases were proved against certain officials.