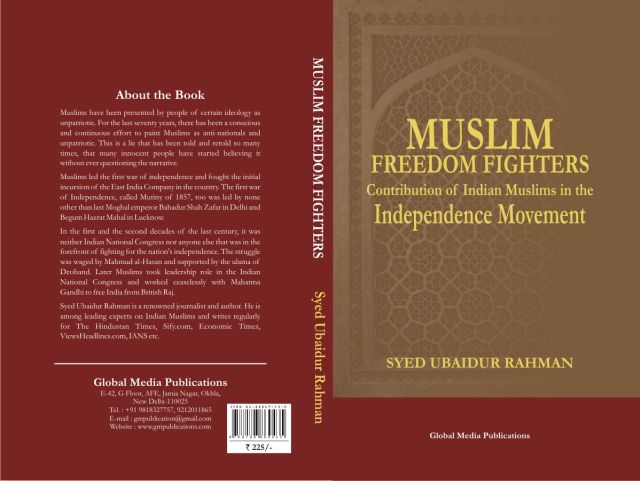 Patna: In a glittering ceremony, a very important book on Muslims’ contribution in India’s Freedom movement was launched here in Patna on 17thDecember. The function was presided over by Harsh Mandar, former IAS officer and human rights defender in the country.

The book counters the  oft-repeated allegations that Muslims are anti-national and have not contributed for the freedom of the nation and nails the lie and prove that Muslims not just participated in the freedom movement, they went on to lead the freedom struggle for a long time. The first war of Independence or Mutiny of 1857 was led by Mughal emperor Bahadur Shah Zafar in Delhi and Begum Hazrat Mahal in Lucknow. The Independence Movement in the first two decades of the twentieth century was led by Mahmud Hasan and ulama of Deoband and they had respect and support of everyone including Hindus and Muslims.

If anyone has any doubt about the Muslim contribution in the freedom movement, the fact that the Indian National Congress had as many as nine Muslims as its president till the year 1947 will remove such doubts.

While speaking on the occasion, Harsh Mandar said that the divisive forces in the country are trying to divide the nation on the basis of religion and faith. He said that the danger from such forces for the national fabric and its unity has become grave.

Harsh Mandar added that the threat to the communal amity in the country was never so high as is today as divisive forces are doing every thing to pit one community against the other and create a fear psychosis among the majority community prompting it to turn it against minorities.

Khursheed Mallick, a Chicago based urologist, philanthropist and director of IMEFNA said that the book is a timely reminder to the nation that Muslims and Hindus both sacrificed for the nation and this fact must be clearly told to our young generation. He said Muslims sacrificed heavily for the cause of the freedom of the nation and efforts must be made to tell the history. 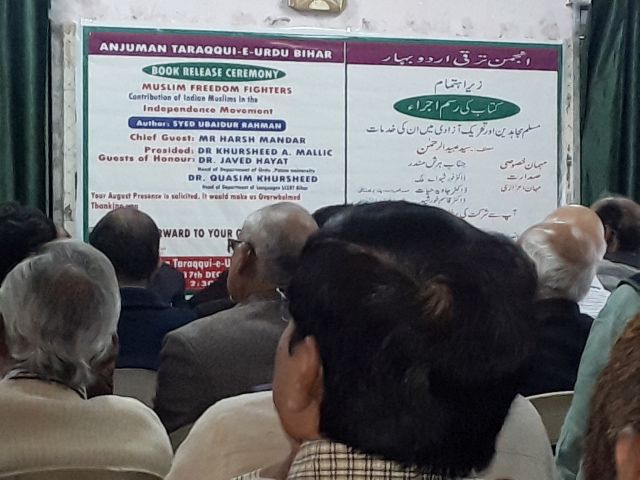 Syed Ubaidur Rahman, the author of the  book (English & Urdu version) while speaking on the occasion said Muslims have been rather loath to write about the sacrifices they have made for the cause of the Independence and freedom. He said Muslims suffered badly throughout the freedom movement. They were the worst suffers in the wake of the mutiny of 1857 and its aftermath when Muslims were hounded across North India and beyond. Tens of thousands of Muslims lost their lives for the freedom.

Syed added that ulama of Deoband played a stellar role in the freedom movement. Unlike the common perception, they were secular to the core and when they established a government in exile in Kabul in 1915, they appointed Raja Mahendra Pratap as its President and Maulana Barkatullah Bhopali as its Prime Minister.