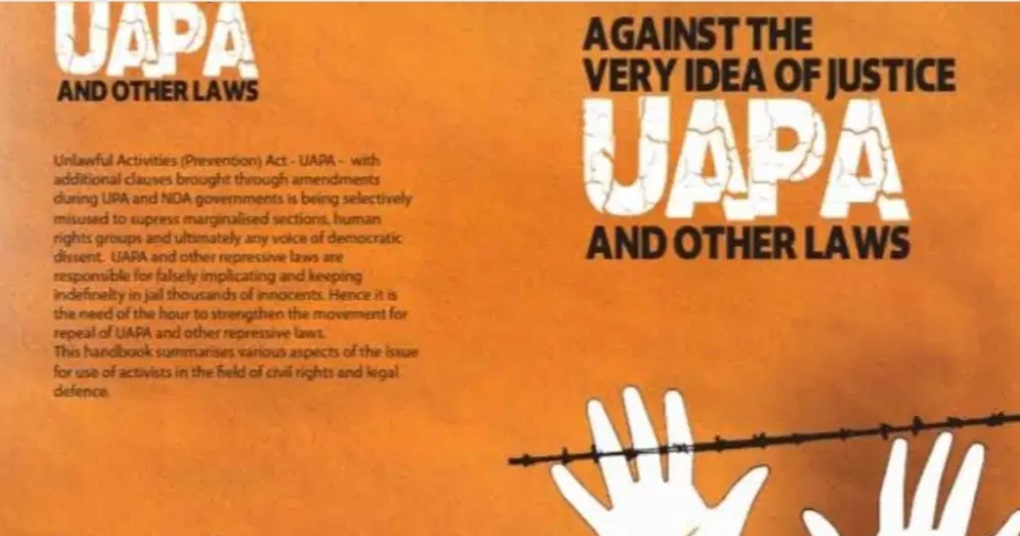 BHOPAL: The book “Against the Very Idea of ​​Justice: UAPA and Other Laws” was completed in 14 states across the country was released online on Saturday.

Speaking on the occasion journalist, writer and social activist Sachin Srivastava described the danger of the current regime which is being dictatorial in its governance policies. He pointed out that laws like UAPA, NSA are anti-constitutional. Through his media platform and website ‘Samvidhan Live’, he always called for opposing such oppressive laws stating that there is a need to launch a nation-wide campaign against UAPA and other oppressive laws. The publication of “Against the Very Idea of ​​Justice: UAPA and Other Laws” is a good initiative. He insisted on taking this booklet to all political parties along with to the public.

The next speaker Ms Rinchin, who is fighting for the tribal rights of water, forest and land in Chhattisgarh, shared her experiences against UAPA. She said that today the Congress is pretending to be radical against its rival party BJP’s suppression politics. But it was Congress which had enacted the NIA Act in 2008 while adding dangerous provisions in UAPA. In order to uproot the tribal community in Bastar and to hand over the mineral wealth to the corporate houses, the war on the people ‘Operation Green Hunt’ was waged by the then Home Minister P. Chidambaram during the Left-backed Congress government.

She called for a fearless struggle against these repressions, referring to the many colleagues of the struggle, who have been in jail for many years because of these oppressive laws of the government.

Taking the discussion forward in the release program, Human Rights advocate Naveen Gautam put forward his point. He said that when the black law POTA was being passed in the joint session of Parliament in 2002, the BJP argued that the law was being passed under the global responsibility towards ‘war on terror’. How dangerous it is that the Parliament of our country makes its policies according to the US and Israel wishes? In this way the government itself has prepared the ground for a united oppression against all social workers, organizations, and justice-loving people of the whole country.

Hindutva fascist governments that follow the Manuwadi penal legislation are bringing more brutal repression. In such a situation, it is the need of the hour that the country-wide movement is pitted against the UAPA and other oppressive laws. In this way, a booklet like “Against the Very Idea of ​​Justice: UAPA and Other Laws” will provide guidance, Gautam opined.

At the outset National Coordinator of the Movement Against UAPA and Other Repressive Laws (MURL), Adv. Ansar Indori gave detailed information about the movement and this booklet.