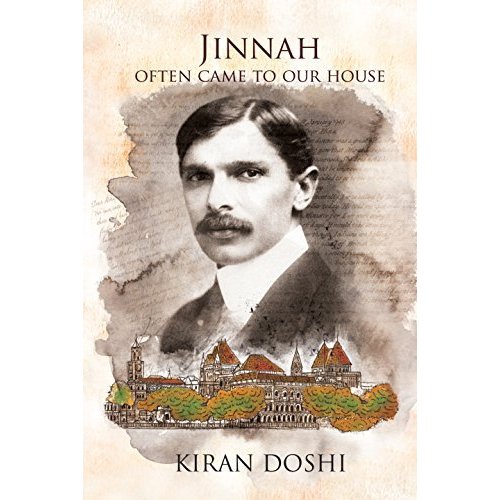 A very few writers possess an uncanny ability and envious dexterity to keep the eyes, minds and hearts of the readers glued altogether to their work. As I grabbed the book “Jinnah Often Came to Our House”, I never wanted to part it away even for a while. Of course, it was not possible to read a voluminous hard cover book of over 400 pages in one go; I took four nights to complete it.  To say, I read the book would be an understatement as I lived those four nights thoroughly in the most happening era of 1903-1948; I had a few serene and peaceful moments, but, mostly a tumultuous time; yet all engaging, engrossing and pulsating. If one assumes from the title that the book is just a biography of Mohammed Ali Jinnah or a historical sketch of his life, he would be disappointed.   However, although, the author declares the novel to be a work of fiction, yet, I found myself trailing through the freedom movement or rather felt myself to be part of it.  This is what a good fiction woven out of history produces; not an easy task though.

Like my other favorite writer, Amitav Ghosh, who enlivens historical events and epochs in his works of fiction; Kiran Doshi has achieved that unique distinction with remarkable ease; though, both the authors are totally different in their style, approach and language.  He starts very quietly and builds character after character in a very simplistic manner.  The innate beauty of the book lies in the author’s knack in evoking the latent emotions and sentiments.  No wonder, the reader could find himself as  part of the story and for sure finds himself living around the characters.

The book not only makes the reader witness the freedom movement through the prism of a few protagonists who remain impeccable until the end, it also embroils him totally in the melodrama of human feelings, emotions, sentiments, betrayals and sufferings.  At times, I could not stop my eyes swelling up with tears and I did feel the pain of others as if I was undergoing that ordeal.  Doesn’t it point to the success of the writer? The book also makes one bleed inside his heart over the trauma of people who sacrificed everything they possessed including their own children in their fight for freedom not just from the British rule, but, from injustice, inequities and atrocities heaped upon the Indians by their colonial masters.   I too felt so strongly connected to the freedom movement and found my inner self heaping curse over the manner in which the British ruled India, curbed civil rights and liberties, crushed to death those who joined the march for freedom.  For instance, one must have read about the savage killings at the Jallianwala Bagh in many historical books and watched the tragedy unfolding in some movies, yet, the way Kiran Doshi chose to express it is something unique. He took the medium of the son of one Hindu freedom fighter dying in the arms of his Muslim friend.  Whilst the brother of the deceased took up arms against the invaders, his friend took up writing to express his woes and torments of the foreign rule and later to decry the call for partition.

The book has also laid open sagas of everlasting love and affection between the members of different communities and bound one pair in brother-sister pious relationship while one other in a romantic relationship, which never got consumed, yet, the beauty lay in the subtle romance that prevailed over all the odds.   The evolving scenes of love and affection between the members of two families makes one pause or wish to arrest time to live in that beautiful epoch where communal harmony was the mainstay of not only the erstwhile Bombay but throughout the length and the breadth of India.  All of the characters in the novel including Jinnah were opposed to the communal electorate and voting on communal lines; yet, Jinnah and his ilk found it to their advantage in the later part of the Thirties which ultimately paved for the infamous Lahore Declaration for a separate nation. The author has echoed the voice of millions to have the girls educated in modern schools and found the pain for such a cause in the heart of an old woman, Barri Phuphi, (elder aunt) who was widowed in her young age in Hyderabad and who became the family head of the Kowaishis.

Whilst the historical figures in the likes of Mahatma Gandhi, Lokmanya Tilak, Gokhale, and Sarojini Naidu got a bit of prominent place in the book, yet, many others such as Maulana Abulkalam Azad, Sirdar Vallabh Bhai Patel, Dr. B.R. Ambedkar and even to a large extent, Jawaharlal Nehru did not figure much.  Of course, as the book revolved around a Gujarati Muslim family which had migrated first to Hyderabad and returned to settle in Bombay, the author must be excused.

Now coming to the title and the narration of Jinnah in the book, the writer has carried him throughout the book alongside the protagonist and antagonist in the story.  He tried his shots in depicting the personal life of Jinnah which encompassed his legal practice; his eating and drinking habits; his odd love with the daughter of a Parsee businessman; his marriage with that girl, full 24 years younger to him against the will of the bride’s family and her community; her squabbles with the sister of Jinnah who exercised a greater clout on him until his tragic end on a roadside in just one year after the partition and independence.   Especially, the metamorphosis through which the author led Jinnah: the continual changes in his political philosophy; his political approach and thoughts until he found himself propelled in the driving seat to demand a separate nation to the chagrin of the congressmen, the party which had made him a politically aware soul; is remarkable.  The ultimate question: Does the book invite the reader to be  judgmental on character and personality of Jinnah? It does and probably, the only pitfall of allowing a work of fiction to consume a living character in it.  Despite the caveat or declaration by the author that the work is fictional, though, he hints historical characters to be exception,  when there is a portrayal of a historical character, it is bound to leave an indelible imprint. The reader who has read the biography of Jinnah and historical accounts of the freedom movement would probably vouch that the writer was not very far from reality. The same was the end result of the famous biopic, “The Gandhi”.

The book is not totally free though from occasional hollowness and a couple of times it made me circumspect.  The manner in which the unshakable Kowaishi family breaks apart or rather is torn into pieces and which remains splintered until the end made me raise flags. Throwing away one’s wife along with the two growing kids and own mother on the basis of a letter indicating his inability to become father and the consequent suspicion without ascertaining the veracity or hearing the other party was not very much palatable.  Though the plot made the author to touch different human facets and aspects of life: implicit and explicit revenge, feeling of vengeance, forgiveness and repentance.  Similarly, one would wish the writer to have been more poignant and elaborate in narrating the death of many of his characters in the novel.

All one in all, a fabulous read which certainly enriches one’s heart and mind. For readers like me who are sensitive and have an extra pound of in built compassion and patriotism, the book is indeed satiating.