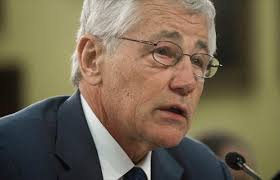 Washington, April 16 : US Defense Secretary Chuck Hagel Tuesday called the deadly bombings at Boston Marathon a “cruel act of terror,” while saying it was important not to jump to conclusions before having all the facts.

“As the president said yesterday, we still do not know who did this and why, and a thorough investigation will have to determine whether it was planned or carried out by a terror group, foreign or domestic,” Hagel said at a US House Appropriations Defense subcommittee hearing, reported Xinhua.

“An event with multiple explosives devices is clearly act of terror and will be approached as act of terror,” he said.

The twin bombs exploded at around 3 p.m. local time (1900 GMT) Monday within seconds of each other near the finish line of one of the world’s most revered races. The authorities said the bombings left three dead and injured over 140. Yet US media reported the casualties had soared to 176.

President Barack Obama said Monday that the US government has not yet got “all answers” about the explosions, but vowed to hold anyone behind the bombings accountable.—IANS.