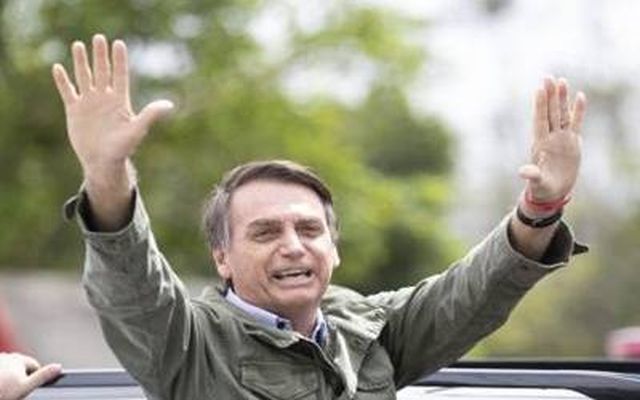 Brasilia : Brazilian President-elect Jair Bolsonaro plans to create a “super ministry” of economy when he takes office in January, his economic adviser has said.

The 63-year-old far-right leader, who previously suggested that Brazil could pull out of the 2015 Paris Agreement on climate change, plans to merge ministries agriculture and environment, an aide said.

The move, part of the incoming government’s push to cut spending, has drawn sharp criticism as it could endanger the Amazon region, the largest tropical rainforest in the world and home to plant and animal species that are still being discovered by scientists, the BBC reported.

Hundreds of Brazilians, mostly students, on Tuesday protested in several cities against Bolsonaro’s future plans and demanded that he respect democracy during his term in office.

Bolsonaro had already made it clear before the polls that the Paris climate pact requirements compromise the South American giant’s sovereignty over the Amazon region.

The goal is to reduce by half some 29 ministries by combining others, such as Agriculture and Environment, said Deputy Onyx Lorenzoni, who may become Bolsonaro’s next chief of staff.

In the run-up to the election, Bolsonaro, whose first foreign visits would be to Chile, Israel and the US — that according to him “share our worldview” — has said: “The future ministry will come from the productive sector.” However he was “open to negotiation on that issue”.

The former paratrooper is a deeply polarising figure who has in the past defended the actions of the country’s former military regime and said he is “in favour of dictatorship”.

His populist approach has led to some media dubbing him “Trump of the Tropics”. He is supported by the agribusiness lobby.

A former environment minister tweeted that the move was “tragic”.
“This disastrous decision will bring serious damage to Brazil and will pass on to consumers abroad the idea that all Brazilian agribusiness survives thanks to the destruction of forests,” Marina Silva said.

In the nation’s most emblematic city, Rio de Janeiro, over 200 people marched up the stairs of the Municipal Chamber with banners such as “No More Torture” or “Not Him” and shouting slogans against Bolsonaro and his ideology, Efe news reported.

However, these protests were much smaller than the Sunday celebrations that were witnessed on Bolsonaro’s victory. He will assume Office on January 1.

“There has been a deindustrialisation for more than 30 years. We are going to save Brazilian industry,” Guedes said.

Bolsonaro plans to be here on November 6 to meet with outgoing President Michel Temer.