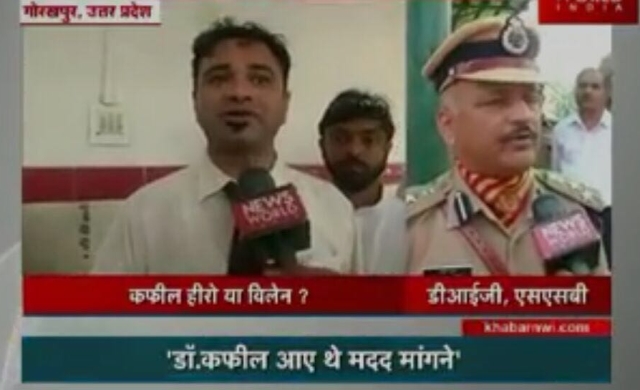 Gorakhpur : Dr. Kafeel Khan, the head of the encephalitis ward and an assistant professor at the Pediatrics department, who came into limelight after Gorakhpur Hospital Tragedy, where more than 30 deaths were occurred due to lack of oxygen.

Almost for two days, Dr. Khan turned as a savior on electronic and social media and it was reported, that on the night of 10th and 11th August, Dr Khan had spent his efforts and Money, to procure oxygen to save the lives of children.  But with the visit of CM Yogi Aditiyanath to BRD (Baba Raghav Das Medical College), all his fame transformed into a misfortune.

Later, he was charged for the corruption and private practice under section 120-B, 308 and 409 of the IPC, as well. Dr. Khan faced removal by the post of the nodal officer at the National Health Mission in the wake of several deaths at Medical College.

However, on 25th November 2017, the Police dropped the charges of corruption and private practice against him.

Recently, SSB (Seema Suraksha Bal) has said in their report to the Headquarters that Dr Khan, came to them and he asked for their help, later SSB allotted him a truck to collect the oxygen cylinder from different hospitals. SSB also provided him eleven soldiers to make their task efficient.

In the row, Om Prakash Sahu from SSB told; DR. Kafeel came to me and asked for the help. And we provided trucks as well eleven soldiers to collect the oxygen gas from different hospitals. During the period of incidence, those eleven soldiers were pursuing pharmacy course from the BRD medical college, and they were spending their day and night to help the patients.