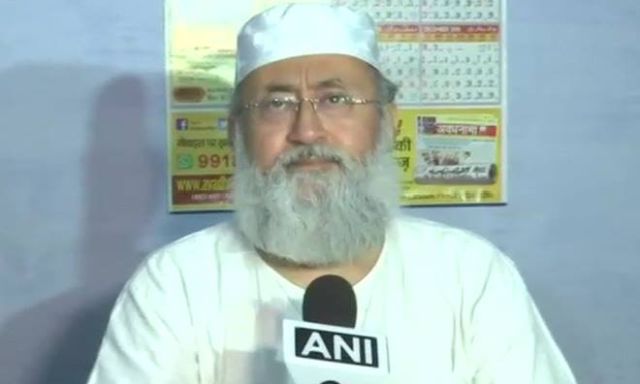 Lucknow : A complaint was lodged against former All India Muslim Personal Law Board (AIMPLB) member Maulana Salman Husaini Nadwi here on Thursday for allegedly demanding a Rs 5,000 crore as bribe to get the Ayodhya dispute solved in favour of the Hindus, police said.

The complaint was filed in the Hasanganj police station by Ayodhya Sadbhavna Samiti’s (ASS) General Secretary Amarnath Mishra, who heads the ‘samjhauta varta prabhari’, and also accused Nadwi had sought 200 acres land and a seat in the Rajya Sabha.

Nadwi was removed from the AIMPLB’s executive committee, at its recent meeting in Hyderabad, for seeking the construction of the Babri mosque away from the disputed site in Ayodhya and the board subsequently announced his “disassociation” from it.

Mishra, in his complaint, said that he had met Nadwi on February 5 and discussed with him ways to thrash out the long-standing dispute of the Ram Janmabhoomi. “Nadwi thereafter sought a written proposal in this regard and said that if Rs 5,000 crore, 200 acres of land and a Rajya Sabha seat is assured, he will take the matter forward within the AIMPLB and get the matter amicably settled in our favour,” he claimed.

He also said that the meeting was held at the Nadwa seminary in presence of Imam Council general secretary Haji Masroor Khan, who has endorsed the charges.

Police said they were probing the matter and appropriate action would be taken after that.