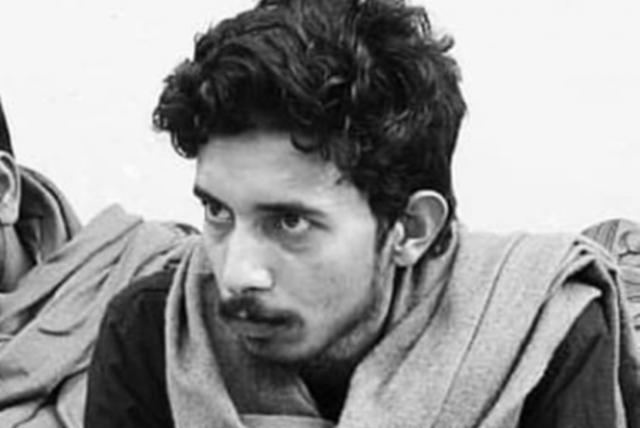 “Shashi Tharoor recently compared our slogan La illaha ha illalah at Shaheen Bagh with Jai Shri Ram at Babri Masjid. There is a stark difference, as Jai Shri Ram was yelled before murdering people and while rioting, whereas our slogan was used in a fight against injustice. So there is no comparison. Brotherhood cannot be a one-sided affair,” HANAN ZAFFAR and HASAN AKRAM interview SHARJEEL USMANI:

Released on bail last week, student activist Sharjeel Usmani spoke to us at length about his time in jail, the future of anti-CAA protests, independence of judiciary and many other issues. Usmani was arrested in July in alleged connection with violence that broke out during protests against the Citizenship Amendment Act in December last year.

Please tell us how you were treated by the authorities in jail?

Jail was pretty much normal. I was treated in the same manner as other Muslims are treated. I was no exception. I don’t want to go into details as it may demoralise my activist friends. Though overall it was not a good experience there is nothing to be afraid of, and none of my activist friends should be afraid that they may one day land up in jail.

Often you use the terms ‘Sarkari Musalman’ and ‘Ganga Jamuna Tehzeeb’ in your writings on social media, blaming elite Muslims for the plight of Muslims in the country. How fair is that?

In independent India, where have we witnessed Ganga Jamuna tehzeeb? On the societal level this Ganga Jamuna tehzeeb is not visible. There may be individual cases where people belonging to one community show compassion towards the other, like helping to carry out the last rituals of a person of another faith, or Bismillah Khan singing Krishan Lohri or A.R Rahman singing patriotic songs.

Such things are rare and hence it becomes news. But if seen on a wider scale it is not evident. This narrative was earlier sold to Muslims that there are a few black sheep in the majority community, but overall the community is not like that. But this is proving to be wrong. Right wing people are killing people mercilessly on the roads, and even if they are only 10-15% in number no one is stopping them or holding them accountable. The recent Delhi riots are proof of this. People didn’t care to rescue them. Like they didn’t in the cases of Pehlu Khan and Ikhlaq. Did a single family come to the rescue of Ikhlaq in his village?

The media and the state have categorised Muslims into three labels. One, Mazloom [oppressed] Musalman who are lynched like in Dadri and Muzzafarnagar or in Gujarat. They want us to be victims but we want to show that we are fighters. We will fight for our rights like warriors.

Second, Muslim women have been portrayed as women confined to their homes, burqa clad, who are not allowed to study or work a job and are mere baby making factories. But the recent protests depicted a different picture altogether. Aysha Renna, Safoora Zargar, Ladeeda Farzana and Afreen Fatima proved them wrong and showed that Muslim women can fight shoulder to shoulder with the opposite gender.

Third are the Muslim Ulemas, who are shown as people having no concept of democracy or secularism, who don’t know how to vote and are all about issuing fatwas.

Fourth are the Sarkari Muslim category. The namesake ones, who are loved the most. They like wearing Muslim attire during Eid, supporting loudspeaker bans but are silent at the same time about temple bajans, and label people like Sharjeel Imam as traitors. They claim our revolution as theirs and then sell it to the state.

Former AMU VC Lt Gen Zameerudin Shah, for instance, who led the army in Gujarat during the riots. For three days his army stayed inside the airport and didn’t interfere as hundreds were killed. After retiring he wrote a book that revealed the true facts but what was its use? A timely revelation could have resulted in many culprits being punished.

These are sophisticated, good English speaking Muslims who exploit the common Muslims. The Shaheen Bagh protests presented the aspirations of lower strata of Muslims, but then the so called elite Muslims sold out those aspirations on TV debates by claiming to represent us.

Your critics, like many ‘liberals’ within or outside the community, say you can’t counter Hindu extremists by being aggressive or employing similar tactics to theirs?

We are not saying we have to reciprocate the same – like killing or lynching. We have our basic rights and you can’t curtail them. If we have no problem with their bhajans, they should not have problems with our azaan. The same applies to eating habits and attire.

And there needs to be a distinction between aggressors and defenders. Shashi Tharoor recently compared our slogan La illaha ha illalah at Shaheen Bagh with Jai Shri Ram at Babri Masjid. There is a stark difference, as Jai Shri Ram was yelled before murdering people and while rioting, whereas our slogan was used in a fight against injustice. So there is no comparison. Brotherhood cannot be a one-sided affair.

Covid restrictions are easing. What about resuming the protests now?

Our first and foremost priority is to make sure our leaders are released from jail as our protests/revolution is incomplete without them. After a long time, Muslims have got a leadership that is educated and selfless. Also the procedure pertaining to NRC and NPR has not started yet, so as of now our priority is to release the political prisoners. Secondly, we have been continuing to demand justice for the victims of the Delhi riots. It is also our priority right now to provide legal means to the people who lost everything during the anti-Muslim violence.

On an imortant note, the release of activists like Safoora Zargar or Dr Kafeel Khan is being portrayed as a win for justice. It is definitely though a loss for the government, as they exhausted all the options to detain them and yet failed. NSA can be extended one or two times and then charges have to be framed. They couldn’t frame a chargesheet.

So doesn’t this prove that judgments are independent of executive influence?

Not at all. Their actions prove that. The hearings on Article 370 are delayed time and again. Same is the case with Sharjeel Imam: cases have been registered against him in five different states for his speech at Aligarh. According to law you can’t be put to trial in different places. Sharjeel’s legal team requested to club the cases but the hearing is lingering on since January. But in the case of anchor Amish Devgan [related to the Moinuddin Auliya case] and Arnab Goswami [slander against Sonia Gandhi] a lot of cases were filed at different places but they were clubbed in no time. So you have different laws for different people.

Similarly, in the contempt of court case against Prashant Bhushan, he was charged one rupee but poor people have to pay hefty amounts. I paid about 5 lakh rupees for bail in two cases against me.

There is also the example of Shahrukh Pathan [a man caught with a small countrymade weapon during the Delhi riots] and Sanjay Dutt. According to the Illegal Arms Protection Act a person is jailed for 5-7 years if he possesses arms like an AK-47 and three to five months for a small countrymade weapon. Sanjay Dutt was released within one and a half year for possession of an AK-47 whereas Shahrukh is still struggling to get a hearing. So would you say the judiciary is independent?

In one of your interviews you said you were asked about terrorism?

Yes, they asked me about some people in Azamgarh who had been arrested by them [the ATS] from Nepal. They also asked about money in my account and who funded Shaheen Bagh. Not related to the charges I was arrested on.

Do you think there has been a shift in how Indian Muslims have started viewing the Kashmir issue in the last few years?

Indian Muslims lived in a delusion that only a small fraction of people in the country are responsible for riots and all, and in general the state is not anti-Muslim. In U.P. during the last 70 years the percentage of Indian Muslims in the police reduced to 2% from 40% and in bureaucracy it reduced to 1% from 30%. Similarly, in the case of Dalits we see how they are suppressed.

When the oppression hits you, only then do you understand the pain of others. Till now Indian Muslims had to prove their patriotism by doing two things. One by supporting injustice done to Kashmir and second by opposing and showing hatred towards Pakistan. But now this won’t happen.

I remember in mosques while praying we condemned the injustice done in Palestine but couldn’t do it for Kashmir. So, state policy was followed even in Allah’s abode. Things are changing now, though.