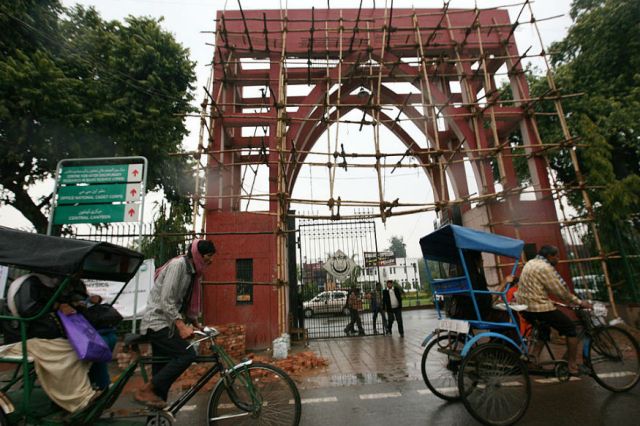 Universal individualistic rights were considered insufficient for the protection of the interests of the minorities and therefore Constitution gave special rights to the minorities. Article 29 gives a right to ‘conserve a distinct culture, script and language’. This can be best done in the minority educational institutions which create the necessary spaces for the realization of these rights.

Minority character is a Constitutional concept and no one has a right to question its conceptual validity. As a matter of fact minorities’ rights have been held to be the basic structure of the Constitution. The latest decision of the Government of India to oppose the minority character of Jamia Millia Islamia (JMI) University in the Delhi High Court on the analogy of its stand about Aligarh Muslim University (AMU) has yet again shaken the confidence of the Muslim minority.

JMI case is entirely different from AMU. JMI was a university from day one and therefore even prior to enactment of JMI Act in 1988, it was very much a university whose degrees too were recognized. It may be recalled that the Supreme Court in 1967 without even hearing AMU had decided that AMU is not a minority institution as it was established by the Central Legislature in 1920 and there was no AMU prior to passing of this law. Moreover, the court said without any record to substantiate that Muslim community has waived its minority character in lieu of recognition of degrees. Thus equating JMI with AMU is erroneous.

Parliament has been prohibited from passing any law which impinges on fundamental rights. But Parliament has all the powers to enact laws for the protection of fundamental rights. Aligarh Muslim University Act, 1920 and Jamia Millia Islamia Act, 1988 were passed to promote fundamental rights of the Muslim minority which had taken the initiative on their own to establish these universities. Similar laws have been passed in different states for incorporating number of minority universities. Several deemed Universities of minorities have been established by the MHRD, Government of India under Section 3 of the UGC Act, 1956. Whatever government can do ‘under an Act’ (under the UGC Act), Parliament is fully justified to do ‘by an Act’ (AMU & JMI Acts). Thus the mere enactment of laws by the Parliament cannot be taken as ground to deny minority character to JMI and AMU.

The author is an expert in Constitutional Law and is Vice-chancellor, NALSAR University of Law, Hyderabad. Views are personal.