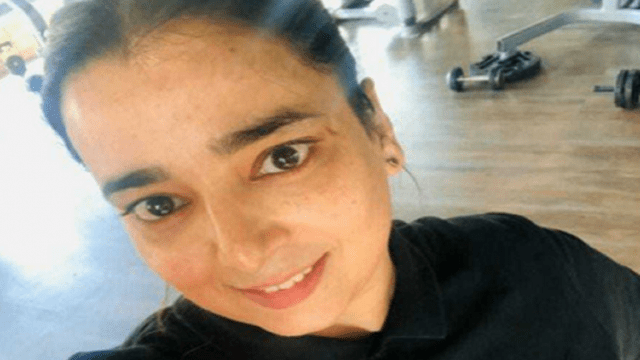 New Delhi: Former Congress councilor and CAA activist Ishrat Jahan on Tuesday said before a court that she was beaten up by prisoners at the Mandoli jail and was facing harassment in prison.

This is the second time that this is happening. Her clothes have been torn, her head smashed against the wall several times. She is being constantly abused and threatened. They are constantly extorting her to do things… to let her live peacefully. They are saying things like she has to arrange a litre of milk everyday,” her husband Farhan Hashmi said while speaking to The Quint.

On whose instruction @CPDelhi your jail warden is allowing the brutal treatment to an innocent constitutional worrior in Delhi's jail? @OHCHRAsia @India_NHRC @ICLU_Indhttps://t.co/tLfm7i9LRK

Additional Sessions Judge Amitabh Rawat directed the jail authorities to take immediate steps to ensure Ms Jahan’s security and ensure that she was not harassed further for bringing her complaints before the court.

The court sought a detailed report from the prison authorities on Wednesday on the steps that have been taken to address the issue and to also state if shifting to her to another jail was required.

“She (Jahan) seems to be in a state of utter fear. Please talk to her immediately and understand the situation. File a detailed report about the steps taken to allay her apprehension and her fear” the judge told the Assistant Superintendent of Mandoli jail.

Mrs. Jahan has been arrested under the the stringent Unlawful Activities (Prevention) Act in connection with the anti-Muslim violence that was orchestrated by Hindu extremists in north-east Delhi in February. The Delhi Police, whose officials were seen helping the extremists, had started a witch-hunt against Muslim activists and arrested several of them in the wake of the violence.