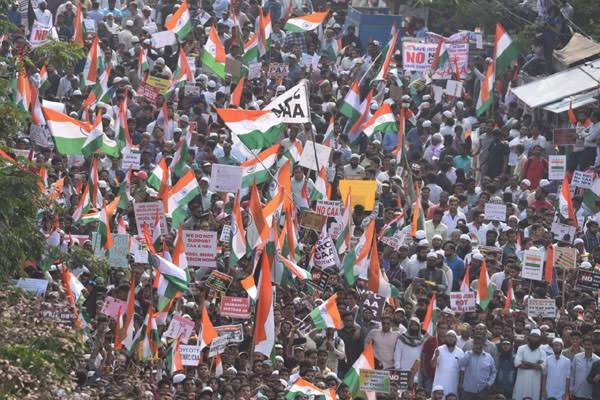 Lucknow, Jan 4: A sessions court in Lucknow on Saturday granted bail to 12 persons including social activist Sadaf Jafar and former IPS officer S.R. Darapuri in connection with the violence and arson during the protests over the controversial Citizenship Amendment Act (CAA) and the National Register of Citizens (NRC).

The court granted bail to the 12 persons on a personal bond of Rs 50,000 each, who were arrested for their alleged involvement in the violence during protests in the state capital on December 19.

Speaking to IANS, Amir Naqvi, advocate for the arrested people said, “The court granted them bail with a surety of Rs 50,000 each.”

Naqvi said the court also asked all the people who were granted bail to not try to tamper with the evidence.

Jafar was arrested on December 19 while she was live on social media platfrom Facebook from the spot where protests against the CAA had gone violent.

Police had claimed that Jafar was arrested for her involvement in the clashes.

On December 28, Congress General Secretary Priyanka Gandhi Vadra had met the family members of Jafar and Darapuri in Lucknow. During her visit to Lucknow, Priyanka Gandhi took a scooty ride after the police tried to stop her from visiting the residence of the arrested accused.

The court of Additional Sessions Judge S.S. Pandey heard their individual pleas as well as submissions of the government lawyer.

The others whose pleas were heard were Mohd Naseem, Mohd Shoaib, Nafees, Pawan Rai Ambedkar, Shah Faiz and Mohd Aziz.