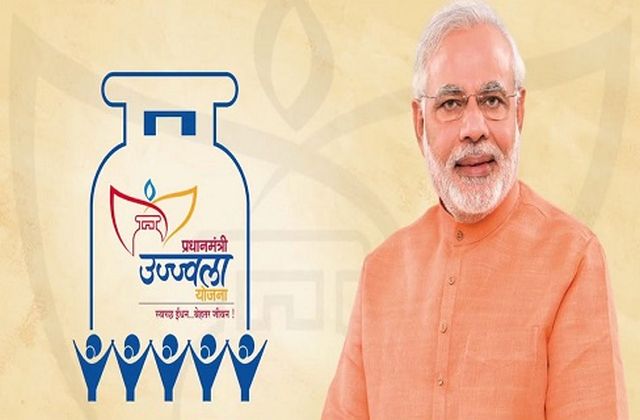 New Delhi : In a major move on sustainable development, the Union Cabinet on Wednesday decided to increase the number of beneficiaries under the Ujjwala Yojana for receiving deposit-free new cooking gas connection to eight crore through an additional allocation of Rs 4,800 crore.

The decision to revise the target of the Pradhan Mantri Ujjwala Yojana (PMUY) launched in 2016, under which cash assistance is given to the beneficiaries to get a deposit-free new LPG connection, comes in the wake of huge response to PMUY from women, particularly in rural areas, according to an official statement.

“The Cabinet Committee on Economic Affairs has approved to enhance the target of Pradhan Mantri Ujjwala Yojana (PMUY) from five crore to eight crore with an additional allocation of Rs 4,800 crore,” it said.

“The revised target of Pradhan Mantri Ujjwala Yojana (PMUY) will be achieved by 2020,” it added.

The release also said that while expanding the target, the government has addressed the practical difficulty faced in implementation to ensure genuinely poor households left out of Socio Economic Caste Census (SECC) list are also included in PMUY.

Under the PMUY, the original target was to release three crore connections by the end of 2017-18, but as a “result of efficient scheme implementation and monitoring, more than 3.35 crore connections have been released till date across all states/UTs, largely benefiting SC/ST communities,” it said.

In all, more than 4.65 crore applications have been received, with the initial allocation for the clean fuel programme being Rs 8,000 crore, it added.