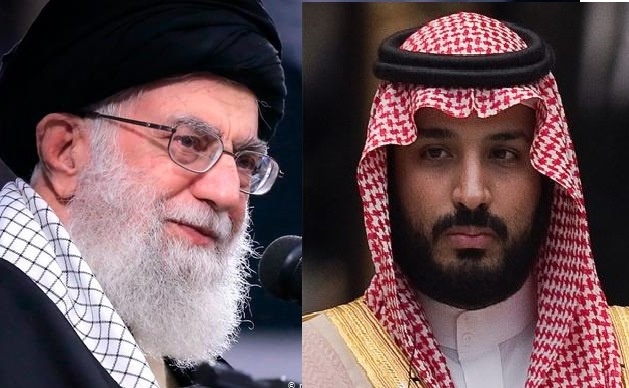 It is a forgone formality that very sooner rather than anytime time later Kingdom of Saudi Arabia (KSA) is to accept Israel to start it’s formalisation of relations with the Jewish state, once after the November 3, 2020 US elections are to end, no matter Donald Trump or Joseph Biden is to win.  It has already come to light that UAE and Bahrain have normalised their relations with Israel only after the nod from KSA. Sudan too has followed-suit, and the 22-Arab states are all very likely to make a beeline to toe to KSA lines, which by extension means a ‘dictate’ from US. But, the KSA crown prince MbS, in the meanwhile, is said to have expressed his ‘gravest-concern’ that after such a move, he might be killed by Iran, Qatar or by his own people!

This startling revelation has been made by a Jewish Israeli-American Haim Saban who is a billionaire in media industry and the one who plays a pivotal role in Israel/US politics, as accordingly, he was  present when the ‘Abraham Accords’ were signed on September 15, 2020, informs MiddleEastEye on October 23, 2020 1. Saban has also founded Saban Center for Middle East Policy at the Brookings Institution. Sabah has been cited in Israel newspaper Haaretz on October 23, 2020 2 that the ‘Saudi Arabian Crown Prince Mohammed bin Salman reportedly told Israeli-American billionaire Haim Saban that he couldn’t have joined neighbors Bahrain and the United Arab Emirates in normalizing ties with Israel because doing so would get him “killed by Iran, Qatar and my own people.”’

The point which may be put across is that the true-fears of MbS, for sure does not lie with Iran or Qatar, but infact towards his own people, who irrespective of the KSA-Israel upcoming deal, have been since long relegated to the dark, as it may be mentioned that MbS is not the eldest son of his father for he comes from his second wife Fahdah bin Sultan, and there were five of his sons already from his first wife, and after MbS acceding to power in 2017, when he was only 32, it had obviously led to a great deal of consternation amongst his siblings, who all had been forced to disengage from KSA affairs, apart from the rest of the larger royal family members who saw MbS succession with muted-disbelief,  for it being a clear departure from the past traditions i.e. where a brother inherited a brother.  There are also a number of those who were escorted to five-star-prison in 2017 and snatched-off with their wealth as they were charged to have accumulated it out of corrupt means, irrespective of the fact that while MbS had headed that crackdown, his cousins along with other well known offenders, close to his father were let scot free, disclosed NewYorkTimes on March 21, 2020 3.

Even the likes of Waleed Bin Talal, who wrote to King Abdullah, tells New York Times 4  on February 25, 2011, about the impending reforms for KSA economy to become independent of oil, and which actually led to KSA announce the 500 billion USD Neom City project in 2017 and Vision 2030, was not spared  until his wealth was coughed-out! Apart from many of his uncles and cousins who were ‘done-to-with’ the same. These are the ‘own-people’ MbS is referring as after all apart from friends, enemies there are a lot of ‘frenemies’ too around MbS! MbS Maldives party of 2015, where he spent millions of USD on 150 Russian models, and which had to be called-off, after a week as CIA gave a whiff of it to Iran media, has all been detailed in the recently released book Blood and Oil. There are certainly two ‘kinds of law’ in practice, despite the tall claims of simplicity of the Islamic way of life.

There is already an undeclared Israel-KSA friendship, which is very likely to be announced as a Christmas-gift by the US administration very soon, but it may also at the same time give a potent alibi to all the disgruntled royals and embittered ‘frenemies’  foment an unbecoming situation which MbS wants to anyhow thwart ,  as an unrest might be propelled for the majorities of Arab populace are against the normalisation of ties with Israel, found out TRTWorld on October 7, 2020 5 . There might also be a likelihood that Turkey or Malaysia might snap their embassies from KSA in its wake too, despite Israel having its embassy in Ankara. Thus, MbS perspective on Iran or Qatar might be far-fetched but surely the situation inside home is to hound him for long.

MbS is already battering against the two suits pending against him in US, one by his own ex.  intelligence official Saad Al Jabri who has accused him to have sent death-squads to kill him as the way Jamal Khashoghi was killed and also by Khashoghi’s fiancée Hatice Cengiz accus9ng MbS to have murdered Khashoghi. MbS is certainly going to be having a hard time both externally and internally as there is already a ban imposed on Turkish goods inside KSA, whereas, Turkey has banned French products after the outrage over Prophet Muhammed cartoons in France, and while, Pakistan, Iran and Malaysia have assailed France, KSA has been trepid with its response to it.  European nations have supported France and no wonder, India, is the first non-European to have supported France over it.