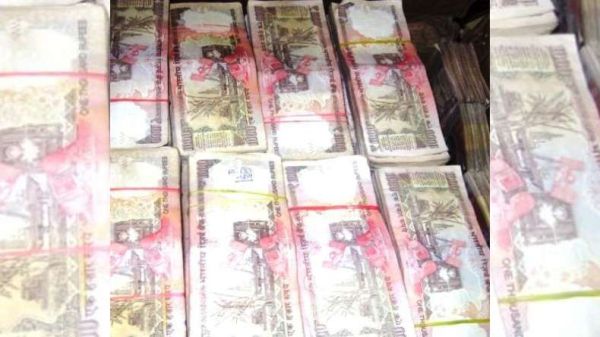 Shahpur station in-charge Sanjay Pathak told IANS that two suitcases and a bag packed with currency notes were seized from a car coming from Malkapur town of Buldhana district of Maharashtra at the Anturli checkpost.

The accused, Shabbir Hussain, a resident of Burhanpur, was travelling with his family. He told the police that he was carrying Rs 50 lakh in currency notes. During interrogation, it was found that Hussain was carrying Rs four crore in the banned currency notes of Rs 1,000 denomination, Pathak added.

The seized notes have been handed over to the income tax department and a case under section 102 has been registered against Hussain, he said.

In view of the coming assembly by-polls in Nepanagar constituency of Madhya Pradesh, checkposts have been erected to search vehicles.—IANS