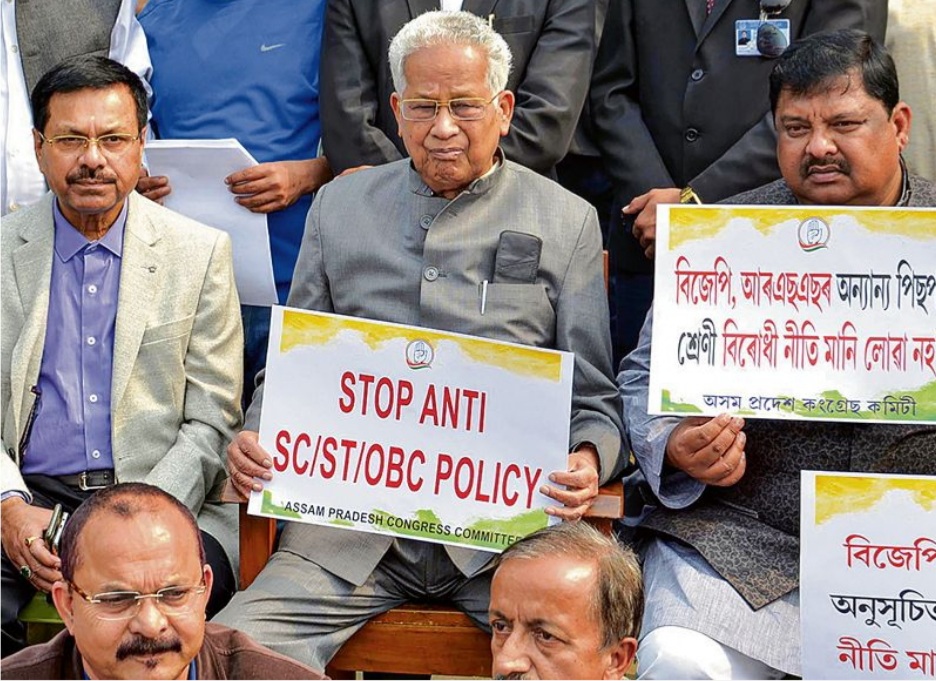 New Delhi:  As the demand for a caste census is fast gaining momentum, the main opposition Congress on Friday set up a committee to study the matters related to caste census. The move would put more pressure on the Modi government which is “running away” from a caste-based census as it will jeopardize its ideological mentor’s (RSS) casteless society project.

The Congress asked the government why was it “quiet” and “running away” from a caste-based census, which was mooted by a woman MP of the ruling BJP in the Lok Sabha and even by the chief ministers of Bihar and Odisha. A caste-based census is required to assess the exact ground situation because in at least 30 states and Union territories, the reservation for backward classes has crossed the upper limit, the opposition party said.

Social justice parties are aggressively pitching for it after the Supreme Court recently put the ball back in the government’s court.  Recently, an all-party delegation from Bihar, led by Chief Minister Nitish Kumar met PM Modi to press for the caste-wise census. Even former Bihar deputy chief minister Sushil Modi publicly supported the call for a caste census and in the BJP itself this demand is gaining traction in its OBC ranks. The demand has put the Modi government in a catch-22 situation. On the one side it is a politically very sensitive issue and on the other hand RSS is dead against any such count which would shatter its caste-less Hindu society — Jati-viheen samaj dream. Furthermore, “upper” castes are also wary  of caste-census as they fear losing all privileges and positions they have been enjoying despite having less than 15 percent of the total population. The last time this exercise was done  in the 1931 census under the British Raj but after Independence, successive governments- mostly dominated by –upper-castes- were reluctant to count the caste population.