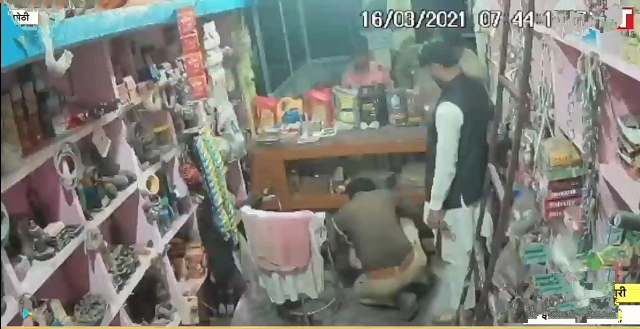 New Delhi: A team of police has been caught on camera planting an illegal firearm in Gulzar Ahmad’s hardware shop at Badal Garh village in Uttar Pradesh’s Amethi district. Ahmed said the police carried out the act in order to frame him in a fake case.

The act was recorded in CCTV cameras installed in the shop. In a video clip that has gone viral on social media, a constable accompanies by other cops is seen planting something in his shop. After that, he tries to nab him but he let him go when he tells him about the CCTV camera.

Gulzar alleges that when cops came to know about CCTV then they pressurized him to delete footage.#Antiislamophobe pic.twitter.com/8p8JEU8VNd

Ahmad said that after planting the firearm in his shop, the cop said, ”you are involved in an illegal business.” After listening to his accusation, Ahmad told him that two CCTV cameras has been installed in the shop and that his act has been recorded.

Later, the cops also exerted pressure on him to delete the footage, he said while speaking to Navbharat Times.

According to the CCTV footage, the incident took place on 16 March at around 8 pm.