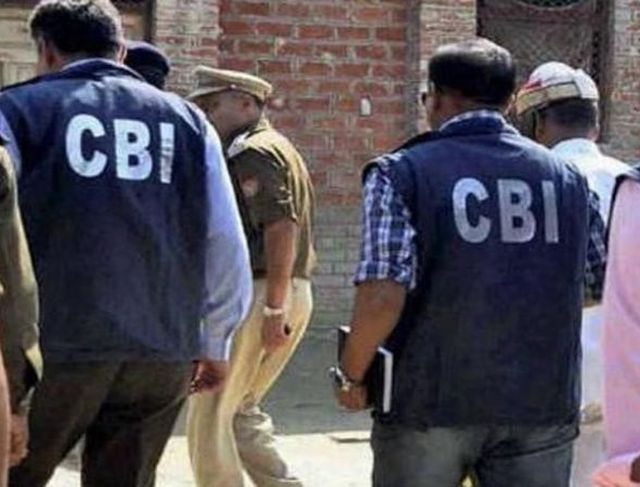 New Delhi : The CBI on Saturday searched 14 locations in Delhi and Uttar Pradesh, including the residence of a woman IAS officer, a Samajwadi Party leader and a BSP leader, in connection with its investigation into a case of illegal sand mining, with sources saying the role of former Chief Minister Akhilesh Yadav, who held the portfolio of mining, will also be probed.

The official said that it conducted searches at 14 locations including one in New Delhi’s Lajpat Nagar area and Kanpur, Lucknow, Hamirpur, Jalon, Hamirpur and Noida (in Uttar Pradesh).

The agency carried out searches at two residential premises of Chandrakala in Lucknow and Noida and at the premises of the SP leader and his brother in Kanpur and his close associate Ambika Tiwari in Hamirpur.

Dayal said the case relates to the illegal sand mining between 2012 and 2016, which it had started investigating on the directions of the Allahabad High Court.

He said the agency was investigating the granting and renewal of the licenses for the mining in the state between 2012-16 and also during the ‘obstruction’ period.

The official said that the CBI team recovered a few documents and seized a bank locker and two bank accounts from the IAS officer.

From the residence of Adil Khan, the agency collected the documents related to mining. “We found that the mining licence to him was provided on the recommendations of the then mining minister Gayatri Prajapati,” he said.

“Ram Avtar Singh was also holding a mining licence on a different name,” the official said.

The official said that it also carried out searches at the residence of SP leader Ramesh Kumar Mihsra’s wife in Lucknow but she has not been named in the FIR.

A senior agency official said that the agency will also probe the role of the Mining ministers in the state in 2012-16.