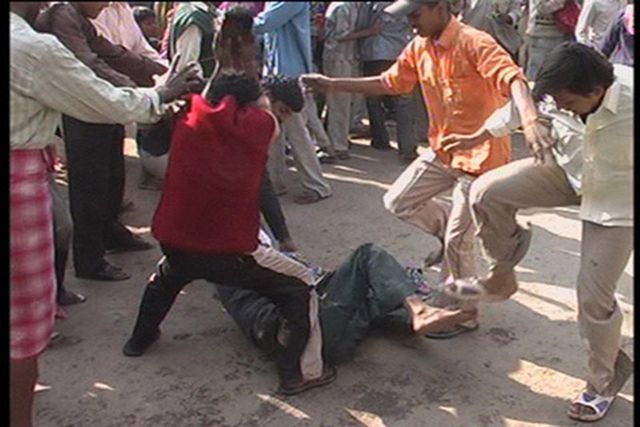 New Delhi : The Union Home Ministry has issued an advisory to states and Union Territories (UTs) asking them to take measures to prevent incidents of mob lynching fuelled by rumours of child lifting circulating on social media, an official said on Thursday.

The advisory urged the states as well as the UTs to keep a watch for “early detection of such rumours and initiate effective measures for countering them”.

“The states and UTs have been asked to direct district administrations to identify vulnerable areas and conduct community outreach programmes for creating awareness and building confidence,” the advisory said.

It was also stressed that complaints of child abduction or kidnapping should be properly investigated to instil confidence among the affected persons.

The mob attacks were mostly sparked off by rumours of child lifting sent out through WhatsApp messaging service.

Five persons were beaten to death by a mob in Maharashtra’s Dhule district on suspicion of being child-lifters.

A series of similar unfortunate incidents has rocked many states, including Assam, Karnataka, Tripura and West Bengal, with people being beaten to death simply on suspicion of being child-lifters or thieves owing to false rumours on social media.

The Indian government on Tuesday asked WhatsApp to take immediate action to end the menace of spreading messages that impact the country’s law and order situation and ensure that the platform is not used for such malafide activities.