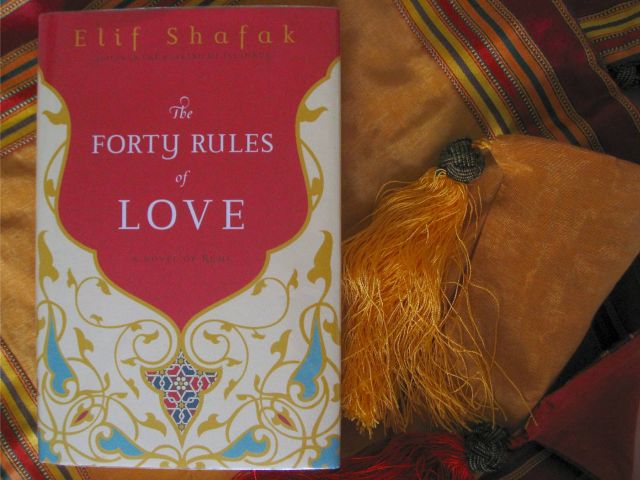 New Delhi : Celebrated in ballad and tale, love may be a casualty, rather than constituent, of marriage and family life in traditional South Asian societies. But it can still break free from its restraints to trace its own course — which can be pretty unconventional. And it is such an “other” relationship that is at the heart of this story by this Pakistani author about love seeking to challenge patriarchy-assigned gender roles.

“I think the idea of love in any culture and era was once considered bold. At one time, “Heer Ranjha” was considered a bold tale because a woman was not supposed to defy family and culture for love. Same goes for ‘Romeo and Juliet’, scores of others…,” Faiqa Mansab, who follows the tradition of “Heer..”, “Sasi Punnu” and “Sohni Mahiwal” but a bit subversively with her debut “This House of Clay and Water”, told IANS.

Its title, inspired by a fragment of verse by Shams Tabrezi — an indicative choice for those who know of this friend of famed Sufi poet Rumi — the book, published by Penguin Random House and now out in paperback, tells of two mostly privileged Lahore women and a poor hermaphrodite, whose lives intersect irreversibly after they meet at the Daata Darbar.

While Nida and Sasha follow their own choices to deal with their unhappy marital lives, outcast hermaphrodite seems more at peace but is equally torn. The outcome of this combination of fragile, star-crossed, overburdened individuals seems inevitably tragic — like the old Punjabi love epics above — but there is a twist few could have foreseen.

In an interview to IANS over email and other social media over the book’s genesis, its treatment of gender roles and perceptions, and more, Faiqa says the story came out when she “just followed the characters and their trajectory”.

“When you know your character, you know the story and where it goes. ‘This House of Clay and Water’ began with Nida, and then the hermaphrodite followed and Sasha and (her daughter) Zoya joined them and their stories intertwined and it all fell into place,” she says.

On the story taking the concept of the other — feminine, disabled, beyond male/female binary, a cleric fallen from grace and so on — Faiqa says that she thinks it is “about suppressed rage and its consequences”.

“Nida and Sasha both deal with unhappy marriages in different ways, for their husbands respond according to their respective cultural and familial values,” she holds, adding how it could have been more harmonious if the couples were matched differently.

“… But they belonged to different strata of society, and to a generation and culture that did not consider marriage to be their choice at all. Any gender role that is challenged is problematic because patriarchal structures make it so,” she says.

Faiqa also stresses how toxic masculinity is harmful in one case, while not being an alpha male in the other — especially for one of the female protagonists who “is as patriarchal as the male characters were and that’s easy to miss because she is ostensibly sexually liberated”.

With evocative descriptions of Lahore, and its complex past and present, playing a major role, Faiqa says she has a “complicated relationship” with the city, which has so “much cultural and historical richness” and “stories to tell”.

“I just cannot divorce the inner machinations of my imagination from the reality of this city. It’s a constant whisper, at times a lament, or sometimes a shout in my head, and I listen, and I try to put the sounds and smells into words and that’s somehow the background of many tales I end up telling.”

Welcoming the “largely positive” reception to her work, she says: “The best reviews from all major newspapers in India and Pakistan have been unreservedly favourable and the worst reviews, two I think, have been mixed reviews. Which, is totally understandable because this book is about suffering.”

“It’s a tragedy and therefore it isn’t for everyone. Yet, the tragic vision is not necessarily a hopeless vision, in fact, it is often a heroic vision and that is why perhaps it has been very well-received,” she says.

Faiqa, whose creative writing supervisor was British-Turkish novelist Elif Shafak of “The Forty Rules of Love: A Novel of Rumi” fame, says she working on her next novel but “doesn’t like to talk about my work when it is in the gestating stage” and just hopes to finish it soon.

She also admits it is “a very exciting time for South Asian writers, in fact for writers of diverse literature and background and I look forward to seeing more and more voices from around the world getting the chance to be published and heard”.