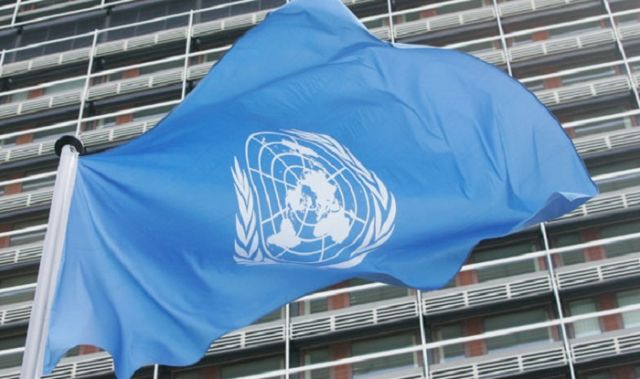 United Nations : Children deported from Mexico and the US to Central America face violence, stigma and deprivation, worsening the root causes of irregular migration, the UN Children’s Agency (UNICEF) warned in a Child Alert issued on Thursday.

The alert shows that dangerous journeys and deportations intensify poverty, extreme violence and lack of opportunity, Deputy UN Spokesman Farhan Haq said. “It is common that children who are sent back to their countries of origin have no home to return to, end up deep in debt or are targeted by gangs.”

“Being returned to impossible situations makes it more likely that they will migrate again,” he told reporters at a regular briefing, citing the alert report, Uprooted in Central America and Mexico, Migrant and Refugee Children Face a Vicious Cycle of Hardship and Danger, Xinhua reported.

More than 68,000 migrant children were detained in Mexico between 2016 and April 2018, 91 percent of whom were deported to Central America, the 25-page report said.

“In the countries of northern Central America, El Salvador, Guatemala and Honduras – and in Mexico, gang-related violence, organized crime, extortion, poverty and limited access to quality education and social services are part of daily life for millions of children,” the report said.

“Each day, families facing these harsh conditions make the painful decision to leave their homes, communities and countries in search of safety and a more hopeful future,” it said. “Some move within the region, while others head north to Mexico and the United States.”

“Yet many of the families trying to escape their desperate circumstances experience a host of new problems and traumas once they turn to irregular migration routes,” UNICEF said. These families must navigate a long, uncertain journey in which they risk being preyed upon by traffickers or other criminals, or losing their bearings.”

“They may be apprehended in transit or upon reaching their destinations, only to be detained and then returned to their countries of origin,” the report said. “If they are sent back, they are likely to experience an intensification of the factors – violence, poverty, lack of opportunities, stigmatization, social exclusion and internal displacement – that drove them to migrate in the first place.”

UNICEF urged governments to work together in implementing solutions shown to help alleviate the root causes of irregular and forced migration and safeguard the well-being of refugee and migrant children along the journey.

“The report also outlines a series of recommendations to keep refugee and migrant children safe and reduce the factors that push families and children to leave their homes in search of safety or a more hopeful future via irregular and dangerous migration routes,” Haq said.