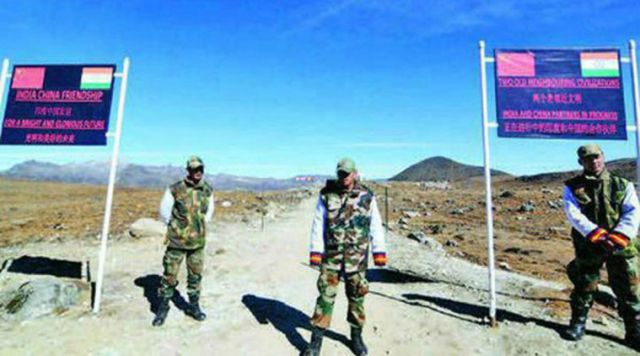 It reflects on the delicate diplomacy involved that the principal issue in the China-India standoff at Doklam is being mentioned only in muted tones. The problem is the undemarcated boundary between China and Bhutan. This demarcation would require Bhutan and China to settle the matter. The two doing a pirouette is not a good sight for India, which has a special bond with Bhutan sanctified in a treaty signed in 1949. Clause 2 of the treaty amended in 2007 (on which later) stated that Thimpu would be “guided by the advice of the government of India in its external relations”. How can Thimpu settle its border, independent of the Sino-Indian boundary?

Thimpu needed chaperoning when it took its first baby steps as a sovereign state. But once it came of age and made a formal debut at the UN’s great ball (at India’s initiative) in 1971, it began to feel the urge to dance with other partners, of course, without rupturing the special bond dictated by the 1949 treaty. India would remain more equal than others but others there shall surely be. India says “fine” but has palpitations when it fears that Bhutan may be groping for China’s hand.

At the coronation of the present king’s father Jigme Singye Wangchuk in 1974, Foreign Minister Dawa Tsering said something that was not honeyed music to New Delhi.

India’s advice in the conduct of foreign affairs was welcome but “not binding” on Bhutan, he said. Indeed, among those invited to the coronation was China which turned up with a delegation, not a pleasing sight for the Indian contingent. A gentle, feather touch has marked Indo-Bhutanese diplomacy in both the capitals. Years 1978-79, when Atal Bihari Vajpayee was the External Affairs Minister, were marked by considerable warmth in relations.

In August 1978, diplomatic missions in New Delhi received a circular note from the Bhutan mission that henceforth it should be addressed as the Royal Bhutan Embassy. The upgradation of the mission was not without considerable debate in South Block.

Prime Minister Morarji Desai downwards there was an entire hierarchy, principally Foreign Secretary Jagat Mehta, endorsing a more relaxed policy towards Bhutan freeing the Himalayan kingdom from the more restrictive interpretations of the 1949 treaty. But there were hawks too.

Desai’s government fell in July 1979 making way for Charan Singh’s five-month rule. More damage was done to New Delhi’s relations with Thimpu during this brief period by the new, inexperienced External Affairs Minister Shyam Nandan Mishra than at any other period.

He led the Indian delegation to the Havana summit of Non-Aligned Nations where the King of Bhutan took a position on a key issue which was independent to the brief Mishra was carrying.

The cold war was at its peak. Indo-China was still at the centre of conflict. The two blocs were in fierce competition on who should occupy Kampuchea’s seat at the summit. Pol Pot, backed by the US and China, or Heng Samrin, installed in Phnom Penh after Vietnam ousted Pol Pot. He set up sanctuaries on the border with Thailand.

It seems almost comical to reflect that the world was, in the late 70s, riveted on Phnom Penh, Pol Pot and Heng Samrin. But contemplate the global picture, and the chips fall into place.

In 1972, Nixon’s visit to Beijing, creating a triangular strategic balance disadvantageous to Moscow. In 1978 Communists had come to power in Kabul, paving the way for the Soviet invasion. Next year, the Shah fell in Tehran. A pro-West Morarji Desai lost power in 1979. But in Pakistan, a pro-West Zia ul Haq held on to power.

After what I saw at the battle of Lang Son, it was clear as daylight who won, but American media dragged its feet conceding victory to Vietnam in the Sino-Vietnam war of 1979. Vietnam’s ouster of Pol Pot, his genocidal record notwithstanding, was, on the global chessboard, a reversal for both China and the US. Their romance was in its 9th year.

It was in this tense global situation that Mishra, on his first mission as Foreign Minister, attempted to goad the King towards Heng Samrin (Soviet Union) while his own position was unclear. He must have made for a clumsy diplomat, because the King voted for Pol Pot much to the glee of the US, China and Pakistan.

So cross was the King by the indecorous way he had been handled in Havana that, on his way back to Thimpu, he sought me out for what turned out to be a controversial interview. This was the only interview the King of Bhutan had ever granted to the media. I was then the Special Correspondent of the Indian Express.

He clarified his vote in Havana. If Bhutan had not asked for Pol Pot’s representative to be seated at Havana, it would have been tantamount to endorsing Vietnamese armed intervention in Kampuchea. He then made the allegation: “India took no position at all: Can you blame us if we took one and can our stand be described as being in opposition to India?” India’s stand was neither here nor there: Let Pol Pot be seated but not participate — a non-stand endorsed at an earlier NAM meet.

On the relevance of the 1949 treaty, he said: “If you want my candid reply and not a diplomatic one — the treaty can certainly be brought up to date.” The two countries have not had serious differences in the interpretation of Article 2 of the treaty. “But why should we retain a treaty which can lend itself to loose interpretations?”

The spirit of what the King said in September 1979 influenced the language of the treaty when it was revised in 2007. The new words were, “India and Bhutan will cooperate closely with each other on issues relating to their national interests. Neither government should allow its territory for activities harmful to its national security.”

What will be the upshot of the Doklam standoff? Well, the King’s explosive interview (on which more later) did have a ripple effect which, in slow measure, resulted in an amended treaty, freeing Bhutan somewhat.

After his return from Beijing, the National Security Adviser, Ajit Doval, must brief the diplomatic corps in New Delhi which so far has heard only from the Chinese here and in important capitals. To my knowledge, only the Americans have been briefed by South Block.

(Saeed Naqvi is a commentator on political and diplomatic affairs. The views expressed are personal. He can be reached on saeednaqvi@hotmail.com )