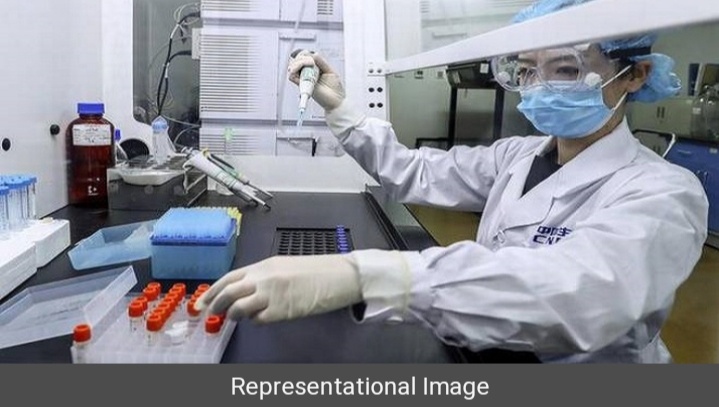 A report in the Australian cites the paper, titled (in Chinese) “The Unnatural Origin of SARS and New Species of Man-Made Viruses as Genetic Bioweapons”, which features in the upcoming investigative book What Really Happened in Wuhan, by Australian journalist Sharri Markson.

The 2015 document was obtained by the US State Department during its own investigation into COVID-19’s origin, The Weekend Australian claimed.

Following China’s experience with the SARS outbreak in 2002-04, it approved the construction of the country’s first biosafety level-4 laboratory at the Wuhan Institue of Virology. Due to the WIV’s proximity to the city of Wuhan, where the first-known outbreak occurred, the lab was at the centre of allegations that the virus was man-made.

The paper says the SARS coronaviruses were heralding a “new era of genetic weapons” that could be “artificially manipulated into an emerging human-disease virus, then weaponised and unleashed in a way never seen before”. It discusses new advancements like freeze-drying micro-organisms that allow biological agents to be stored and later aerosolised them during attacks.

It includes several senior Chinese public health and military figures as authors, including the former deputy director of China’s Bureau of Epidemic Prevention, Li Feng, as well as scientists and weapons experts affiliated with the Air Force Medical University in Xi’an. The Australian says the document was verified by digital forensics specialist Robert Potter.

The Australian’s report said the chairmen of both the British and Australian foreign affairs and intelligence committees, Tom Tugendhat and James Paterson, noted that the document raised major concerns about China’s lack of transparency over COVID-19 origins.

Australia was one of the countries that led the push for an independent probe into the origins of the coronavirus, which was first noted after an outbreak in the city of Wuhan, China, in December 2019. While a WHO investigation saw a team of experts visit Wuhan and conclude that the laboratory incident hypothesis was extremely unlikely, its credibility was criticised due to the limited access China provided the team.

US Secretary of State Anthony Blinken accused China of “falling short” of providing adequate access to scientists conducting the investigation.

A group of international scientists called for a new investigation into COVID-19’s origin. China, in turn, has called for an origin tracing study of the virus centred in the US, which in a tit-for-tat move, it had also accused of being a possible origin point for the virus.

Chinese virologist Dr Li-Meng Yan was among those who claimed the virus was man-made, and told THE WEEK last October that scientists who reject the lab origin theory are lying, and criticised scientific studies that proposed a natural origin.

As one of the leading advocates of the lab-origin theory, Dr Li-Meng Yan has faced harassment from the Chinese government. The same month that her second paper on COVID-19’s origin claimed the virus was made by merging two bat-relate coronaviruses, her 63-year-old mother was detained by the Chinese government.

The COVID-19 pandemic has been caused by a coronavirus named SARS-Co V-2 which emerged in December 2019. Coronaviruses are a large family of viruses, several of which cause respiratory diseases in humans – ranging from a common cold to Severe Acute Respiratory Syndrome (SARS).

Since the COVID-19 pandemic began there have been over 157 million cases of COVID-19 and 3.28 million deaths worldwide, according to the latest update by Johns Hopkins University.Agencies