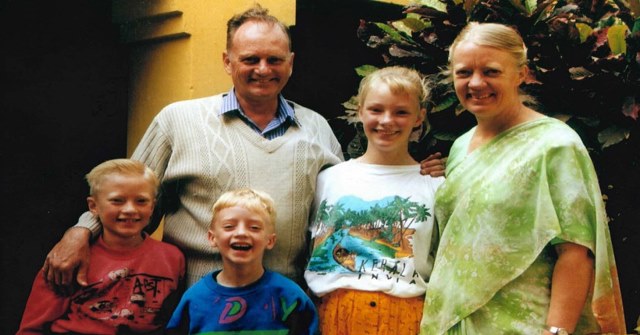 New Delhi: The minority Christian community on Monday expressed outrage and anguish over the BJP MP, and former minister,  Satya Pal Singh’s distasteful remarks on  the late Australian leprosy worker  Graham Staines who  and his two minor  sons Timothy and Philip were burnt alive by Bajrang Dal leader Dara Singh in 1999   in Orissa. The community urged the Lok Sabha speaker to expunge the remarks from the records of Lok Sabha proceedings.

Rev. Vijayesh Lal, General Secretary of the Evangelical Fellowship of India (EFI), said   the Christian community is deeply distressed at the remarks made by Member from Uttar Pradesh in the Lok Sabha, Satya Pal Singh on Graham Staines during a debate on Foreign Contribution (Regulation) Amendment Bill, 2020 on 21 September 2020.

He said martyr Graham Staines was an associate of the EFI and he is writing to the Speaker of the Lok Sabha to have the remarks expunged. They (remarks) injure the memory of a person who gave his best years in service of this nation particularly it’s marginalized, Lal added.

On 22 January 1999, a mob led by Dara Singh attacked the Station wagon inhabited by Graham Staines and his two sons, Philip (aged 10) and Timothy (aged 6) at Manoharpur village in Keonjhar district, Orissa. Chanting “Jai Bajarang Bali”, the mob set fire to the station wagon and the Staines’ were burned alive to death.

Lal said the remarks also go against the record as documented in the parliamentary debates following the gruesome burning alive of the Australian leprosy worker and his young sons Timothy and Philip in Orissa.

He underlined that the then Prime Minister of India, the late Mr Atal Bihari Vajpayee said he was ashamed, and had announced a judicial inquiry headed by Supreme Court Justice D P Wadhwa.

“The President of India, Mr K.R. Narayanan’s voice rattled us as he described the murder as “a monumental aberration of time-tested tolerance and harmony. The killings belong to the world’s inventory of black deeds.”

“We find Mr Satya Pal Singh’s comments outrageous and an abuse of parliamentary democracy. These remarks besmirch a deceased man’s outstanding life of social service, 21 years after his death with hearsay and innuendo” he said.

“We appeal to Om Birla, honourable Speaker of the Lok Sabha, to review the comments made by Shri Satya Pal Singh and expunge the remarks, unless the latter is able to provide evidence for his derogatory comments’.

Satya Pal Singh is a former Mumbai Police commissioner and IPS officer who was elected from Baghpat and was India’s Minister of State for Human Resource Development in the first term of the Modi government.