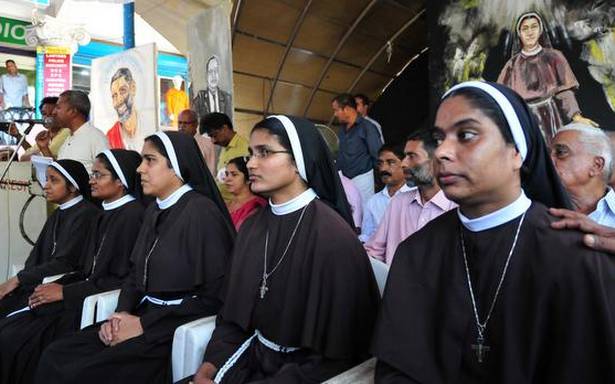 A group of Christian nuns on Sunday staged a walkout from a prayer service in protest against anti-Muslim comments made by the priest. The development comes amid ongoing row sparked by Pala Bishop’s ‘narcotics jihad’ comments, in which he claimed Muslims are using narcotics to ruin the lives of non-Muslim youths.

The dissenting nuns accused the priest of delivering the hate speech during a prayer service at a chapel inside the St Francis Mission home in Kuravilangad. According to them, the priest suggested the attendees of the service to boycott the business enterprises run by Muslims.

The nuns are Anupama Kelamangalathuveliyil, Alphy Pallasseril, Ancitta Urumbil and Josephine Viloonickal. They asked people not to support the statements of Mar Joseph Kallarangatt on ‘love jihad and narcotic jihad’.

”The priest in the speech said that things like vegetables should not be bought from Muslims and asked the congregation not to travel in the autorickshaws they drive. This is not the first time he has made such remarks. Earlier too, he had made similar remarks about Muslims,” Sister Anupama was quoted as saying by The News Minute.

Kerala Chief Minister Pinarayi Vijayan has Pala Bishop’s comments and said there was no need to give a religious colour to narcotics. However, the Bharatiya Janata Party has backed his claims.