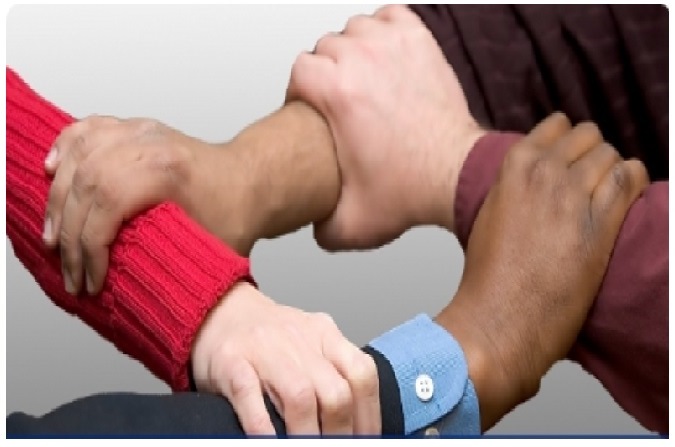 India is known for its diversity. Multiple castes, creeds, faiths and hundreds of languages make India a distinct nation in the whole world. When we go outside and people ask which country do we belong to and when we explain about India they get astonished because of its diversity. They find it an amazing country and wish to visit it as early as possible. However, we are here in India divided due to its diversity. Sometimes we seem to be blaming our colourful and beautiful diversity for the problems we are forced to face, whereas our politicians use our diversity to win the elections. They divide us in the name of castes and religions and incite us as well as provoke our sentiments just for the sake of gaining our votes and defeating their opponents knowing the fact that their provocation will finally weaken the society and leads us towards mistrust, consequently we as a society will always remain weaker and frailer. An internal stability will never be achieved with this trend in vogue and blaming each other for backwardness and deprivation will continue for ever.

I have heard many people saying that India is not progressing fast because of huge population. Government cannot cater to the needs of every Indian in such case as other countries take care of their own citizens. Which we take as problems and hindrance in our progress, people from other countries consider it as our strengths. For them, we have become a point of attraction. Today, we see multinational companies are making beeline to India as they find it a big market to grow and earn profits.

It is the time to ignite the minds of people in true sense so that they could realize and understand that our huge population is not a problem in reality but it opens multiple doors towards success. We can comprehend it in much better way the day we will achieve hundred percent literacy rates across the country and every Indian will be equipped with best education and technical skills. How we can achieve it? This is a subject to be discussed. But it is not as difficult as we understand.

First thing which we need to understand ourselves and inculcate in minds of our children is that we all are born equals. It is we who have divided the society not God. Every one of us deserves equal respect and equal opportunity to grow and prosper, so first and foremost thing we need to do is to be assured that there must not be any distinction and discrimination in our society any more. Until we treat others with equal amount of respect, we will not see any change we desire for.

In our society, every day we observe that people seem to be in a race to prove that they are better than others. They never think that how one can be inferior to others if all human beings are born to a single parent.

If we closely observe our society, we find there are lots of hate, lots of disparity and lots of discrimination and there are multiple reasons behind it. This is one of the biggest obstacles in becoming a prosperous and developed nation.

We are living in misunderstanding with each other. Despite being a neighbour for several years, we do not know each other wholly. Sometimes if two neighbours belong to two different religions or castes, they appear to be less warm and less cordial in relation with each other. We need to come out of these feelings; we need to transcend ourselves and rise above the religions and castes only then we will be able to experience the actual savour of humanity which bounds us so tightly that if one gets wounded the other spent night feeling the pain. At that time, we never get hurt if one gets more and the other gets less. We cannot become a great nation until we practice fraternity towards each other and not discriminate among our fellow countrymen on whatever basis.

We have inherited a slogan from our ancestors, “Hindu, Muslim, Sikh, Isai, Aapas me Sab Bhai bhai. But till date, we could not mould our actions and thoughts in accordance with this slogan. We have lots of things to give the world but we are not organised and united therefore many things are not getting as much importance as they deserve to be given. If we strengthen our diversity in the form of unity, mutual love and respect, it will make us able to present India as a cultural capital of the world. People from all over the world will come and see the bond of love which moulds all the different colours in one powerful mighty nation. It will make our motherland more attractive and impressive.

Let’s work together to eradicate the inequality and disparity from our society and be aware and keep others aware of those elements who want us to remain divided so that they could corrupt the society for their own interests and no resistance  they have to face.

A civil society which exists in different religious and linguistic communities can play a vital role to bring people together to interact with each other and participate in various kinds of cultural and social programmes and debates in order to annihilate the differences and misunderstandings due to which we are not being united. There are so many things for civil societies to do but most importantly what they need to do is to educate people about the blessings of unity and love and curse of inequality and hate.

In this age of information, people can easily be misguided. Everybody does not have time to enquire the facts which are being presented before him through various forms of media and communications. People are brained washed but they do not accept it. They meet others with preoccupied and predefined notions however they insist that they have come to the conclusion after gaining experience on a personal level which most of the time did not seem true. We often see that if one person does an inappropriate action or deed, the whole community is blamed and we doubt everyone who belongs to that particular community. And, it happens because we lack in social interaction on a greater level. So our civil society must come forward and take it as a greater responsibility keeping the fact in mind that as long as we live in solitude with on another we will live in gross misunderstanding with each other. We will not be able to use our potentials in building a great nation, which could bloom like a rose and run like pure water.