Home Health Clamour for an in-depth investigation into the origins of the Covid-19 pandemic...
Facebook
Twitter
WhatsApp
Email
Telegram 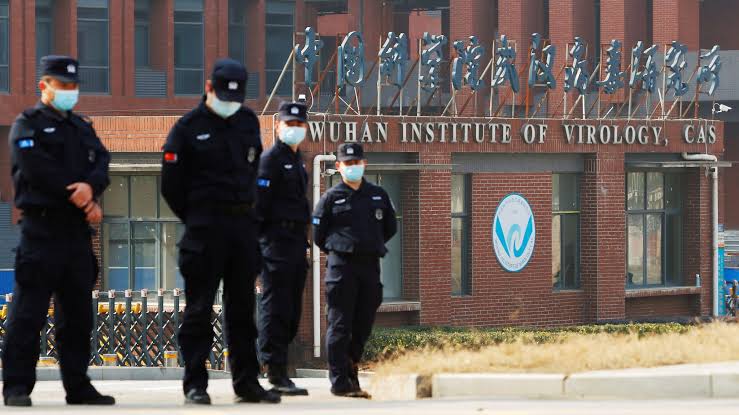 The clamour for an in-depth investigation into the origins of the Covid-19 pandemic was first reported in Chinese city of Wuhan has become stronger after several reports have surfaced, indicating that the virus may have leaked from the Wuhan Institute of Virology (WIV).

“We underscore the importance of a robust comprehensive and expert-led inquiry into the origins of Covid-19,” US representative Jeremy Konyndyk told the World Health Assembly (WHA), which began its session on May 24.

The European Union, Australia and Japan also joined the US in seeking a deeper probe into the origins of the pandemic.

The US appears to have taken the lead to fully investigate the origins of the virus. Apart from China it has also criticised the World Health Organisation (WHO) for not doing enough to determine the ground-zero of the outbreak.

“We need a completely transparent process from China,” White House coronavirus adviser Andy Slavitt Slavitt said at a coronavirus task force briefing on May 25. He added that full assistance from the WHO is needed and “we don’t have that now.” The WHO and China need to do more to provide definitive answers for the global community, he observed.

Among other authoritative voices, Dr Anthony Fauci, the top US infectious disease official, said “many of us” feel like Covid-19 was a natural occurrence, but “we don’t know 100 per cent” and it is imperative to investigate. The ongoing discussions about the outbreak gained renewed attention this week as US intelligence agencies examine reports that researchers at a Chinese virology laboratory in Wuhan were seriously ill in 2019 a month before the first cases of Covid-19 were reported.

A still-classified US intelligence report circulated during former President Donald Trump’s administration alleged that three Wuhan Institute of Virology researchers became so ill in November 2019 that they sought hospital care.

The WSJ writeup builds on earlier credible reports that strongly suggest that a lab leak could have been the likely cause of the Covid-19 outbreak.

In a detailed article, the authoritative Bulletin of Atomic Scientist (BAS) had cited five reasons to build a case for a fresh investigation on the possibility that the virus had escaped from WIV.

Nicholas Wade, the author of the article further identifies Shi Zheng-li as a nodal researcher at WIV, who was engaged in gain-of-function experiments. The author points out that Shi had earlier collaborated with coronavirus researcher Ralph S. Baric. In November 2015 the duo created a novel virus by taking the backbone of the SARS1 virus and replacing its spike protein with one from a bat virus. The development of SARS-CoV-2 could therefore have been a logical extension of her earlier work.

Second, the safety standards of WIV were simply not fool-proof to prevent an accidental leakage of a lab developed Coronavirus. Wade spotlights that gain-of-function experiments were being carried out in the less safe BSL-2 level labs.

Third, Chinese lack of transparency during the conduct of investigations to determine the origin of the pandemic at Wuhan has further strengthened the lab escape proposition.

Fourth, the Chinese authorities went out of their way to sell the theory that the SARS-CoV-2virus evolved naturally. Why did they have to mount such an extraordinary effort?

Finally, the Chinese attempted to manipulate the composition of the WHO investigators, who visited them in February, and controlled the team’s information access, generating further speculation of foul play.

On the back of these fast-developing chorus of full proof investigation into the origin of the coronavirus, a leading scientist on the WHO’s Covid-19 mission to China has demanded a follow-up trip to gather additional research on the origins of the disease with a rider that it should be separate from any audit of information provided by Beijing.

The comments from Dutch virologist Marion Koopmans came on May 25 after the United States called for international experts to be allowed to evaluate the source of the coronavirus and the early days of the outbreak, in a second phase of the WHO’s investigation into the origins of the coronavirus.

The scientist was part of the WHO-led team which spent four weeks in China earlier this year and in March published a report jointly with Chinese scientists that said the virus had probably been transmitted from bats to humans through another animal and the report concluded that “introduction through a laboratory incident was considered to be an extremely unlikely pathway”.

Koopmans said the team would be eager to carry out additional research in China in a number of areas and was awaiting the outcome of WHO discussions. She stressed the need for a clear mandate to conduct research, not to carry out an audit.

The US intelligence community has not ruled out either theory. The reporting about possible November infections among the Wuhan Institute employees “can’t be dismissed”, they believe.

The classified report is regarded as valid by current US government agencies, by experts investigating the origins of Covid-19, and by officials in President Joe Biden’s administration. “We continue to have serious questions about the earliest days of the Covid-19 pandemic, including its origins within the People’s Republic of China,” a spokesperson for the White House National Security Council said.

In their own report on the origins of Covid-19 issued last week, Republican members of the US House of Representatives intelligence committee asserted that there was “significant circumstantial evidence” suggesting Covid-19 “may have been a leak” from the Wuhan lab. Such evidence included information indicating several researchers at the lab got COVID-19 symptoms in late 2019, the report said.

The ongoing weeklong annual meeting of the WHA, has so far not announced any follow-up to the Wuhan mission, but member states are raising concerns. — IANS/indianarrative.com