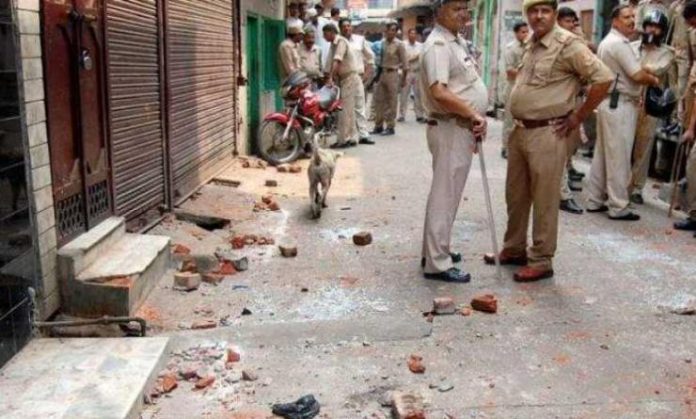 Pilibhit, June 6 Communal tension prevailed in Rohaniya village in Uttar Pradesh’s Pilibhit district where a mob ransacked a temple and took away the idols.

In the incident which took place on Wednesday evening, the mob also broke the loudspeakers in the temple.

The police have registered a complaint against five men but no arrests have been made yet.

According to reports, the temple situated on the outskirts of the village, attracts a sizeable crowd of devotees every evening and devotional songs are played on the loudspeakers.

The village has both Hindu and Muslim population.

A mob reached the temple late Wednesday evening and asked them to stop using the loudspeaker, especially in view of the Eid celebrations.

The people in the temple protested saying that the ‘namaz’ is carried out inside the village.

The angry mob then cut off the wire of the loudspeaker and even removed the idols and threw them away. When the priest protested, the mob beat him up as well.

The police was called in and the idols were restored in the temple. Tension continues to prevail in the village and additional forces have been deployed.IANS