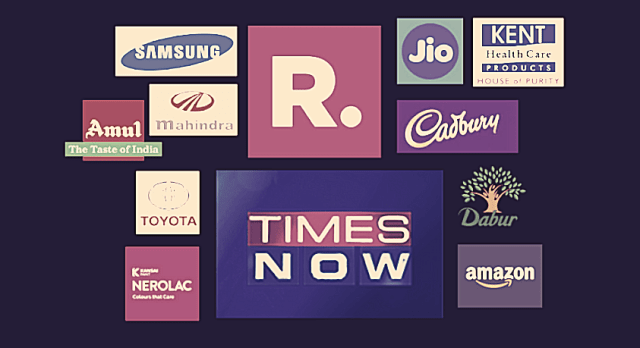 Scores of individuals including rights activists, feminists and academicians took to Twitter to call out the sponsors of the news channels, which spread hate in India. They shared their views with #StopFundingHate.

The development was witnessed days after India’s two leading companies, Baja Auto and Parle Products blacklisted such media outlets for their advertisements. They said that they will not advertise on the news channels that promote hate through their reportage.

Netizens slammed Amazon, Dominos, Flipkart, PepsiCo and other national and multi-national companies for financing the spread of hatred that has resulted in a rise in the incidents of violence across India.

Ashok Swain, a vocal activist and professors at a Sweden-based university, said that Corporate Social responsibility asks for not supporting the media that have become “India’s Hindutva fascists’ major partner-in-crime”.

Some selected tweets are as follows:

Hate speech has consequences, history has been witness to it. We have seen how dehumanizing language has led to violence & mass murders.

India’s law enforcement agencies including courts have failed to prohibit the spread of hatred through media platforms. The Supreme Court has purportedly been reluctant to take an effective measure in this regard.

The top court in April had refused to issue orders against the media, which were relentlessly spreading hatred against Muslims in connection with an event organised by Islamic group Tablighi Jamaat in New Delhi, in which several people had contracted Covid-19.

Currently, the Bombay High Court is hearing a batch of pleas filed against media trials run by prominent news channels in connection with the death case of Hindi film actor Sushant Singh Rajput. On Friday the court observed, “Journalists were responsible back then & neutral, now media is highly polarised(sic)”.