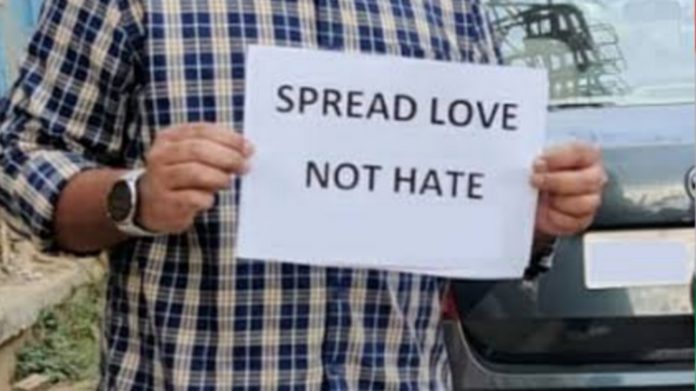 New Delhi : As many states reported violence recently, the Congress has started a social media campaign to counter the atmosphere, with a hashtag #IndiaAgainstHate.

Social media head of the party, Rohan Gupta said: “The real problem of the country is ignored with vicious atmosphere created by the BJP.”

The party said the nation’s youth needs employment; the middle class needs respite from inflation; the farmers need a fair price for their crop; and the women need security and better education.

The party said that every section of the society’s needs is for their lives to sail smoothly.

“Nobody needs hate, except those in power; nobody wants their own house to burn, their son to become a rioter, but just merely wanting something will not turn it into a reality,” Gupta said.

“We will have to raise our voices in unison – against hatred and in favour of our needs and dreams. The Congress party is always ready to strengthen your voice, join the #IndiaAgainstHate campaign,” he added.

Earlier, criticising the BJP, Congress leader Rahul Gandhi had said “the government should bulldoze inflation and unemployment” but instead of that the BJP’s bulldozer is driven by hatred to instill fear.

“Inflation and unemployment choked the people in the country and government should drive bulldozer on these problems but BJPs bulldozer is driven by hate to create fear,” Gandhi had tweeted on Tuesday.

The Congress has been critical on the violence which has taken place in Madhya Pradesh, Gujarat, and actions taken after that incident.

Communal violence had erupted in at least two districts of Madhya Pradesh during the Ram Navami celebrations on Sunday.