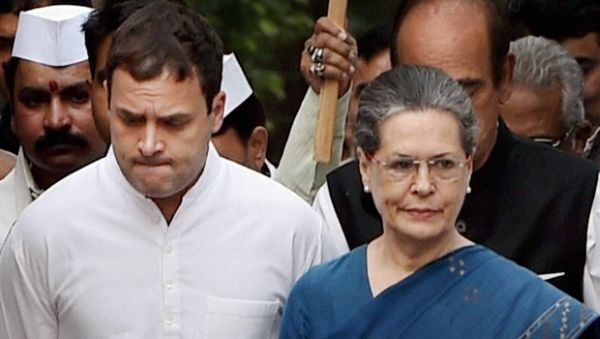 New Delhi: As the tide is fast turning against the Modi government, the main opposition Congress on Monday announced launching of an all India agitation asking the Government to repeal anti-farmer, anti-people, anti-poor black laws from September 24th onwards. On Sunday afternoon, amid scenes of chaos and uproar, the Rajya Sabha passed two of a set of three controversial bills related to India’s agriculture sector by a voice vote that triggered a wave of protest in Haryana, Punjab, and elsewhere. While the NDA government’s longest ally   Akali Dal quits the Modi cabinet in protest against these bills.

Addressing a press conference along with party leaders Ahmed Patel, K.C. Venugopal and Randeep Singh Surjewala, senior party leader , A.K. Antony said the Congress party is launching an agitation against  the Modi  Government for passing  anti-farmers, anti-people laws. He alleged that the government had thrown away all the conventions and rules of the Rajya Sabha, and Lok Sabha for passing these bills. As things hit a new low when the Bills were passed by a voice vote despite opposition MPs asking for a division, i.e. a recorded vote – which the National Democratic Alliance (NDA) clearly was not in a position to win.  In a bid to silence the voice of the opposition, the government has suspended 8 MPs from the Parliament.

He said the way, in which the Government is bulldozing anti-farmers law in Parliament, is totally unacceptable to the country and the people of India.

“What we had witnessed in Rajya Sabha yesterday and today, we didn’t expect this type of attitude from a democratic Government”.   Congress and other opposition parties have given amendments and demanded it referred to the Select Committee, for a wider consultation, nothing was accepted by the Government of India, Venugopal said.

He alleged that the PM is misleading the people.

“Unfortunately, our Prime Minister himself is misleading the country by saying that we have done, the opposition have done some mistake”.

He further said the government has suspended 8 opposition MPs, but this suspension will not help the PM for suppressing the farmers’ agony and pain.

Outlining the agitation, party leader Venugopal said the Congress is planning for a National agitation in support of all the farming organizations of the country.

*First of all, a series of physical Press Conferences may be held in each state on 24th September, 2020.

*Number two, PCC Presidents, CLP leaders along with all MPs, MLAs, Ex-Ministers, Ex- MPs, Congress candidates must walk from PCC office or a designated point like Mahatma Gandhi statue up to Raj Bhawan at every state headquarters and submit the memorandum to Governor addressed to the President of India on Agriculture Bills.

*We will hold Dharnas, Marches at every assembly headquarters and district headquarters across India on the Agriculture bills, wherein we will demand for the immediate withdrawal.

*We will try to court arrest at every assembly and district headquarters.

*And finally, one more programme, we are starting a massive signature campaign. We will collect 2 crore signatures from the farmers throughout India and we will submit the memorandum on Pt. Jawahar Lal Nehru’s birthday, November 14th. The memorandum will be submitted to the President of India. This is for the programme we have talked today and after some days, we will meet again and we will formulate the further programmes.

Earlier, Congress parliamentary leader, Adhir Ranjan Chowdhury said the country has been witnessing the outrage, the desperation, the frustration of the farmers.   He said Haryana, Punjab is considered as the entire food grain bowl of our country which has been in turmoil and  the entire farming community has been hitting the street.

As day after the controversial session, Congress-backed farmers’ organizations and independent farmer’s bodies have launched massive agitations in Haryana, Punjab, and elsewhere and police resorted to lathi charge to disperse them.