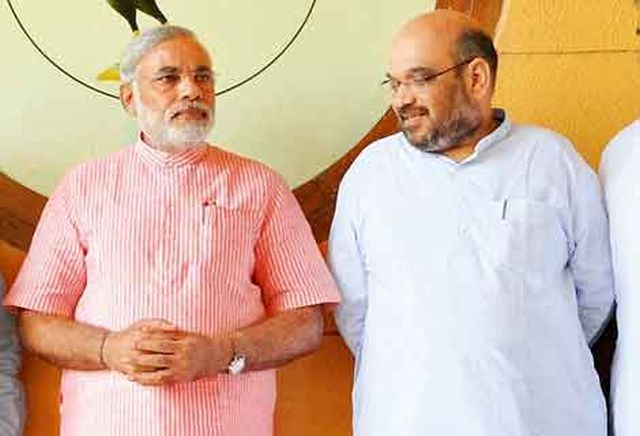 New Delhi : The Congress on Friday alleged that the demonetisation carried out by the Narendra Modi government was the “biggest scam in Independent India” to convert black money into white and the maximum deposits in cooperative banks in just five days were in BJP-ruled states, mainly Gujarat.

“Nineteen months post ‘Modi made disaster’ of demonetisation, it is now officially clear that this entire exercise was the biggest scam in independent India, indulged to convert its ill-gotten ‘black money’ into ‘white’,” Surjewala said.

He said a comprehensive probe into demonetisation has become the need of the hour as one of the aspects of the revelations from an RTI query showed the maximum deposits in district cooperative banks that were controlled by Bharatiya Janata Party leaders including its President Amit Shah.

IANS had done a story on Thursday based on a RTI reply which said that a bank with Amit Shah as a director collected the highest amount of banned notes among DCCBs (District Central Cooperative Banks).

Surjewala said both Modi and Shah need to come clean on the fact that in 11 district co-operative banks in Gujarat headed by BJP leaders, old notes worth Rs 3,118.51 crore were deposited within the five days during which it was allowed.

Congress President Rahul Gandhi also hit out at Shah in a tweet.