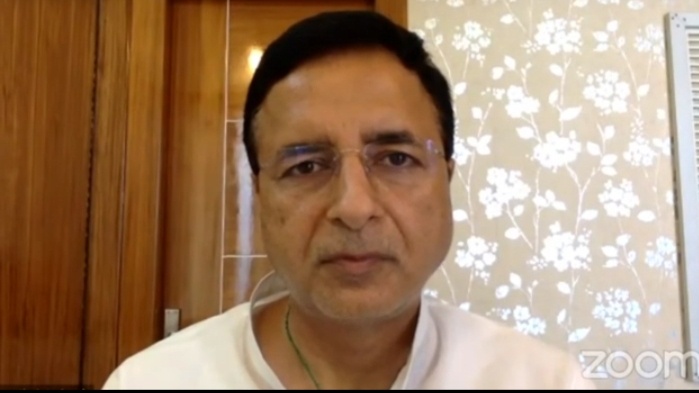 New Delhi:  After getting a nudge, India’s main opposition party, Congress belatedly broke its silence over the continued violence in occupied Palestinian territories on Friday. Unlike Left parties’ statements which unequivocally condemned Israeli aggression, Congress’ official statement fell short of condemning the Israel’s offensive against Palestinian people in Gaza strip and Al Aqsa mosque. Instead it chose to issue “customary concern” on the escalating violence in the Middle East.

While the Narendra Modi government did not issue any statement on the issue, the “studied silence” of the principal opposition party triggered concern whether Indian polity had grown wary of its tradition stand on Palestine due to changing dynamics with Israel over the years.

When this correspondent sought to know the party’s view on the ongoing conflict, party General Secretary and In-charge, Communication Dept, Randeep Singh Surjewala on Friday chose to set aside the question saying the party would “take up the issue separately”.  Surjewala addressed the media via video conferencing. When this correspondent asked him that being the former ruling party of India and now a responsible opposition, the party did not react to the happenings in the West Asia?   He quipped in Hindi, “main Chama (apology) Chahta haon, main is waqat iska jawab nahi dey sakun ga.” (apologies, I can’t reply to this question right now).

However, late on Friday, the party’s Foreign Affairs Department chairman and former Union Minister Anand Sharma issued a ‘balance statement’ calling both the sides to de-escalate violence. It also calls for urgent intervention of the UN Security council to restore peace. Being a principal opposition party, it did not question the cryptic silence of the   Modi government on the present conflict.

Full text of the statement:

“The spiralling violence in East Jerusalem Gaza and Israel, coinciding with the holy festival of Eid are distressing and a matter of grave concern for the world.

People of Palestine have a right to live with dignity in a secure environment. That equally is the right of all the people of Israel.

Palestinian people’s right to pray at Al Asqa mosque without any restriction must always be respected and not violated.

The orchestrated incidents in Jerusalem were outrageous and triggered tensions and violence.

The escalation of conflict, Air attacks on Gaza and the Rocket attacks by Hamas have resulted in tragic loss of innocent human lives especially the children and elderly and also injuries to many civilians. The aggravated destruction of Public property and Infrastructure has caused hardships and disruption.

Congress party urges for immediate cessation of hostilities by both Israel and Hamas and calls for urgent intervention of the UN Security council to restore peace.

The issue is both moral and humanitarian. India as a member of the UNSC should proactively work to achieve this objective.”

There is a strong feeling in some Congress circles that the statement is a clear departure from Party’s well-considered policy of Palestine as the successive Congress led governments from Prime Minister Pandit Jawaharlal Nehru to Rajiv Gandhi had extended unwavering support to the Palestine cause. They said the party should a take lesson from left parties who had not only promptly issued statements but also demanded to impose sanctions on Israel while condemning its aggression in Gaza and East Jerusalem.

Communist Party of India (Marxist), the major constituent of the 7-member Left bloc, strongly denounced the Israeli attacks on unarmed Palestinians.  CPI (M) also accused Israel of following apartheid policies against Palestinians living in Israel. While another ally of the left Front, the  Communist Party of India (Marxist-Leninist) Liberation has urged India and the world not to remain silent spectators as the apartheid regime of Israel continued its brutal aggression against Palestinians.