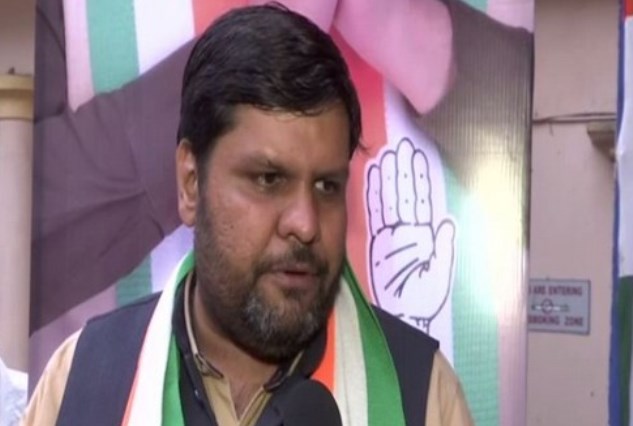 New Delhi:  Surat BJP leader’s shocking revelation about unaccounted deposits made by jeweler has provided ammunition to the main opposition Congress to attack the Modi government for its ill-advised decision of demonetization. As the 4th anniversary of demonetization is nearing, the main opposition on Friday reiterated the demand of a White Paper on the issue and dubbed it “notebadli and not notebandi”.

Taking the serious note of the revelation, Congress spokesperson,  Prof. Gaurav Vallabh said the demonetization was an organised loot and legalised plunder.’

“We demand that the government should come out with a white paper highlighting the cost and benefits of this Tughlaqi decree”, he said while addressing media persons at the party headquarters here.

On Thursday, the Vice-President of the Surat BJP unit and former Income Tax Officer PVS Sarma came out with serious allegations of tax evasion in the wake of demonetization against a prominent jeweler based out of Surat. He also tweeted the documents related to the jewelry firm claiming that the firm sold Rs 96 crore worth of jeweler and gold within a few hours after the announcement of demonetization on November 8, 2016.

Prof Vallabh said: “The Indian economy is still reeling under the aftershocks of this ill-advised move. Before starting to accomplish a goal, its objective needs to be kept in mind. Unfortunately, the Modi government, in its confusion and desperation, kept changing the goalposts according to the outcome.”

“In the next couple of weeks, when we would be commemorating the 4th anniversary, we demand that the government should come out with a white paper highlighting the cost and benefits of this Tughlaqi decree”, said Prof Vallabh.

“The economic and political history of India will remember the current government as an autocratic dispensation in the garb of a democratic one. When we talk of disastrous decisions by the Modi government, the list will be long but Demonetization was a disaster of epic proportions.”

Out of blue, on November 8, 2016, Prime Minister Narendra Modi had announced demonetisation of Rs 500 and Rs 1,000 notes and issuance of new currency in its place in Rs 500 and RS 2,000 denominations.

He said, “It started as an exercise supposedly to curb black money and as a move to make India a cashless economy, but the government kept changing the narrative as none of the objectives stated earlier could be achieved.”

Out of Rs 15.44 lakh crore in old currency, the Modi government projected that about Rs 3-4 lakh crore was black money and hence would not come back to the banking system as deposits, he added.

“The decision was taken based on an assumption with no solid reasoning or research and none of the economic experts were consulted or their advice adhered to,” the Congress leader remarked.

The Congress spokesperson cited the RBI report and said of the demonetized notes, 99 percent were returned to the bank.

“According to the RBI data, only 0.0013 per cent of the banned notes were found to be Fake Indian Currency Notes’; rest 99.9987 per cent was valid currency notes,” Prof Vallabh said.

“The Ahmedabad District Cooperative Bank, whose Directors include BJP leader and present Union Home Minister Amit Shah (also its past chairman), and his close associates received the highest amount of old demonetized notes, that is, a whopping Rs 745.58 crore in just 5 days between November 10, 2016 and November 14, 2016,” he alleged.

And brought up the issue of Income Tax raid on a BJP functionary in Surat and alleged that he was being silenced for raising questions on the note exchange scam.

He also listed the Aftermath of Demonetization:

*Several sectors were destroyed permanently. Millions of Informal sector jobs were lost and MSMEs have not been able to recover post demonetization: Textiles, Real estate, Jute, Construction are the worst hit.

*Estimates suggest a loss of over 3.72 Crore jobs on account of demonetization in MSME sector alone.

*Share of manufacturing in the GDP has been on a nosedive from 15.6% in 2015 to 13.7% in 2019, based on World Bank data; Manufacturing Capacity Utilization has seen a continuous decline too.

Besides this, at least 150 people lost their lives in the entire exercise of demonetization including women, children elderly and medical patients.

Stressing the need of the White Paper on demonetization, Prof Vallabh     said that it’s necessary that the Government also answers the four specific questions that the Congress Party is asking:

How many such alleged defaulters have the income tax department probed and what is the undisclosed income unearthed?

Why did the government decide to misuse the machinery to raid the whistleblower instead of instituting an enquiry against the alleged scam?

How much black money has the government recovered from such defaulters so far?

Why is the government afraid to place the names of entities involved in such scams, details of defaulters and the transaction trails?

Demonetization was a greatest lie: Chidambaram