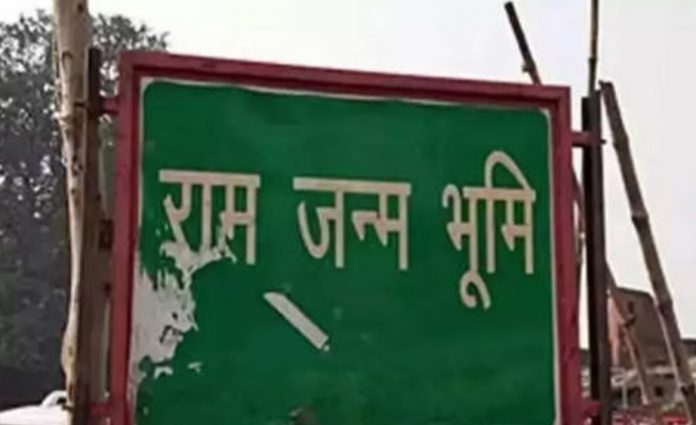 New Delhi: The main opposition congress on Monday urged the Supreme Court to take note of an alleged ” huge property scam ” in Ayodhya suo motu and asked Prime Minister Narendra Modi to break his “silence” on the matter.

The Congress came down heavily on the PM and the ruling BJP after the Ayodhya Development Authority had accused 40 people of unlawfully exchanging plots and constructing infrastructure there, including the mayor of the city, a local BJP MLA, and a former party legislator

“We have been saying this since June 2021 when things came to light on how the land scam is happening in Ayodhya but now the Ayodhya development authority has put out a list of 40 people who have been involved in a land scam in the building of the Ram temple and prominent among those are the Ayodhya’s BJP MLA Ved Prakash Gupta BJP mayor Rishikesh Upadhyay, former BJP MLA Gorakhnath Baba and multiple officers in the UP government whose relatives have bought land,” Shrinate said.

Why do BJP leaders continue to buy land at bargain prices and then sell it to the temple trust at exorbitant prices despite having the knowledge, approval, and signature of the trustees, Champat Rai, Anil Mishra, and Rishikesh Upadhyay? She asked.

“Why are Amit Shah and Mr. Modi so silent? Why are they keeping quiet, especially now that it has been revealed that members of your party are complicit in a land scam in a city like Ayodhya where the Ram temple is being constructed, “She spoke?

The Supreme Court, at the direction of which the Ram temple trust was established, is urged to take suo motu cognizance of the matter and to take action against these individuals, she said. “The Congress wants Prime Minister Modi to break his silence,” she added.

She said people donated out of faith, but when their money is “played around” it is like “stealing from that donation”.

“The only probe that is happening into the land scam is at the district magistrate-level. How can the DM probe the MLA, the ex-MLA, the ministers in the UP government,” he said.

Mayor Upadhyay and MLA Gupta have, however, claimed innocence and alleged foul play in the list of alleged offenders released by the authority.

It is to be noted that opposition parties in the state brought up the matter of suspected unlawful land purchases and sales in Ayodhya prior to the assembly elections that were held earlier this year.

Congress MP from UP Lallu Singh had written to Chief Minister Yogi Adityanath demanding a probe by a Special Investigation Team.

Meanwhile, Congress general secretary Jairam Ramesh while tagging a related news report, said in a tweet in Hindi, “BJP scam in the name of Maryada Purushottam Lord Ram. Why is Home Minister Amit Shah silent on this?”