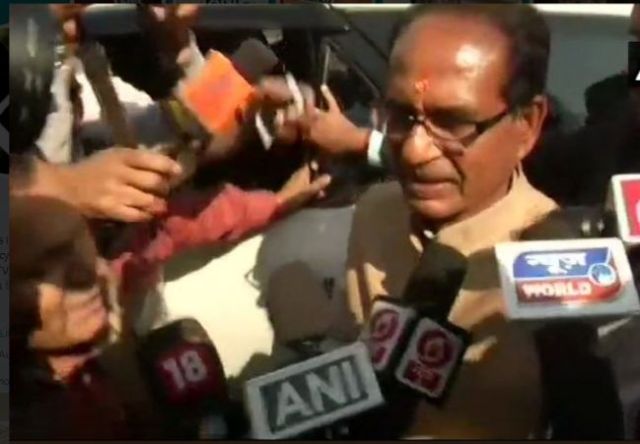 Bhopal : The path for the formation of a Congress government in Madhya Pradesh was cleared with Chief Minister Shivraj Singh Chouhan resigning from the post on Wednesday declaring that the BJP was not going to stake claim.

“As we have not got clear majority, we are not going to stake claim to form the government. And I am going to the Governor to resign as the Chief Minister,” Chouhan said here.

Meanwhile, reports have emerged that Governor Anandiben Patel has invited Congress leader Kamal Nath, who on Tuesday night wrote to her that his party has emerged as the single largest party in the state and has majority support in the 230-member Assembly, staking claim.

Bahujan Samaj Party (BSP) chief Mayawati, whose party won two seats in the state, announced to extend support to the Congress on Wednesday.

The Samajwadi Party (SP) which won one seat in the state also extended its support to the Congress. The announcement was made by SP chief Akhilesh Yadav.

“The Samajwadi Party extends its support to the Congress to form a government in Madhya Pradesh,” Yadav tweeted in Hindi on Wednesday.

According to the Election Commission, the final tally for the 230-seat Madhya Pradesh Assembly showed Congress with 114 seats, while the ruling BJP came close with 109 in a battle that went to the wire on Tuesday.