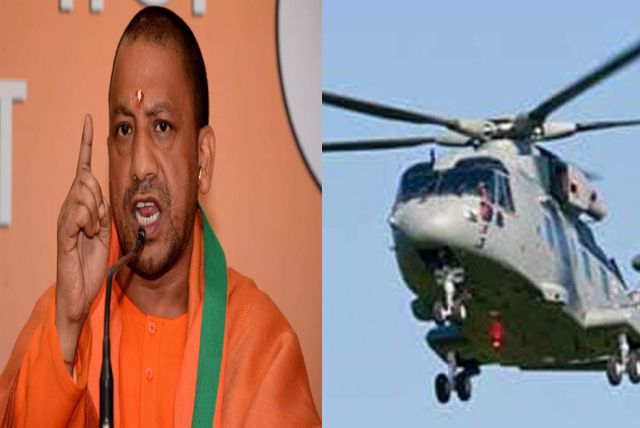 Guwahati : Uttar Pradesh Chief Minister Yogi Adityanath on Monday accused the Congress of playing with the country’s security and said that the opposition party is shying away from a debate in Parliament on the AgustaWestland and other defence deals signed during the Congress-led United Progressive Alliance (UPA) regime.

Addressing a press conference here, Yoga Adityanath held the Congress responsible for delaying the Rafale deal which was initiated in 2007. “Post Kargil war, the country’s security forces needed modernisation and induction of 4th and 5th generation fighter jets. However, the UPA regime kept the deal on hold from 2007 to 2014, jeopardising the country’s security,” he said.

The UP Chief Minister added that now that the Supreme Court has given a clean chit to the government over the deal, the Congress and its President Rahul Gandhi should apologise to the people of the country for dragging in the issue of the Rafale deal unnecessarily.

He also pointed out that while most of the defence deals signed during the UPA regime had middlemen or agents, the Rafale deal was a deal signed between two governments.

“The Rafale deal is a transparent one signed between two governments. There was no Quattrocchi or Christian Michel involved in the Rafale deal and that was probably the reason why the UPA government kept it on hold till 2014,” Adityanath said.

“The BJP is ready for a debate on any issue in Parliament. However, the Congress is not interested to debate. In a democracy, there cannot be a better place than Parliament to debate on any issue. However, the Congress is shying away from debate as they want to escape from controversies like AgustaWestland and other defence deals signed during their tenure,” he said and demanded the resignation of Congress chief Rahul Gandhi for misleading the people of the country and unnecessarily dragging in the issue.