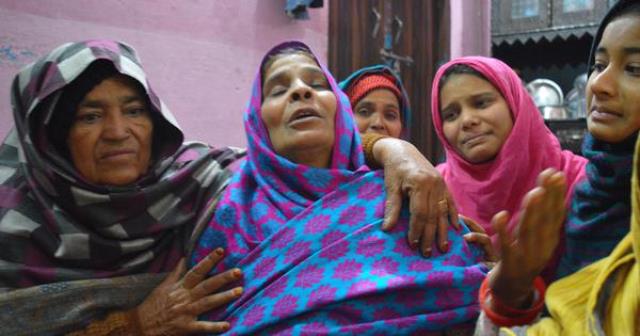 A special investigation team (SIT) has given a clean chit to six police personnel accused of killing a civil service aspirant in December 2019 during a police raid against anti-CAA protests in Bijnore area of Uttar Pradesh, the Indian Express reported on Wednesday.

What is intriguing about the SIT report is that it squarely blamed the deceased Mohammad Suleiman for the police action. The report accused him of indulging in violence, a claim vehemently rejected by his family.

The police complaint registered by the family of the deceased said that the police picked up Suleiman when he was returning from a mosque after Friday prayer and shot him dead in a lane.

The SIT report declared the family’s allegation false. “The policemen, who were blamed by them, have been given clean-chit. We have found Suleiman involved in the protest and was an accused. Since he has died, no action could be taken against him,” Bijnor’s Additional Superintendent of Police Laxmi Niwas Mishra, who heads the SIT, was quoted by the Indian Express in its report.

The BJP-led Uttar Pradesh government on Tuesday sealed two shops as part of its drive to recover damages caused to public properties during the protests held on 19 December in the state capital, Lucknow.

As per the media reports, the police have sealed a garment store named NY Fashion Centre and a junk shop in the Hasanganj police station area.

President of Rihai Manch, Mohammad Shoaib, termed the police action as “illegal”. “The administration does not have the authority to take such an action as the evaluation has to be done by a tribunal, which is yet to be set up,” said lawyer and rights activist Mohammad Shoaib.

The junk shop’s owner, Maahenoor Choudhary, and the garment shop’s assistant store manager Dharamveer Singh are among the 13 whom local Additional District Magistrate Vishwa Bhushan Mishra had ordered to pay Rs 21.76 lakh within 30 days for the destruction of properties in the Hasanganj police station area. Failure to pay up the amount would result in the attachment of the properties, the order passed by Mishra on 13 February 2020 warned.

“If the people can pay for the damages now, we will remove the seal from the properties. From tomorrow, we are going to attach more properties for other defaulters as well,” said local Tehsildar [tax officer] Shambhu Singh.

According to General Secretary of Rihai Manch Rajeev Yadav, the measures are taken to silence the dissenting voices against the government.

No Muslim bodies came for our help: Kin of those killed in police firing during anti-CAA protests across UP