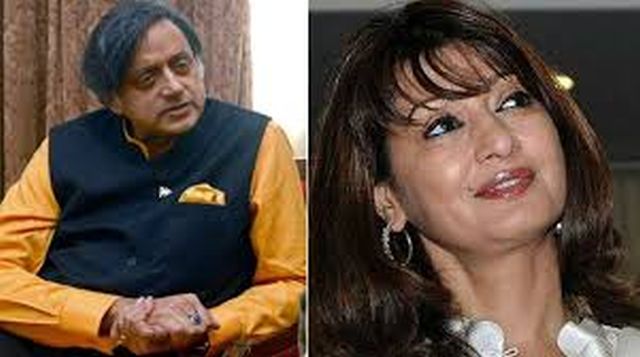 New Delhi : Congress MP Shashi Tharoor was on Tuesday summoned as an accused in connection with the suicide of his wife Sunanda Pushkar after a court took cognisance of the police chargesheet and found sufficient grounds to proceed against him for abetment to suicide and cruelty.

The 62-year-old parliamentarian from Thiruvananthapuram has been asked to appear before Additional Chief Metropolitan Magistrate Samar Vishal on July 7, the next date fixed for the hearing.

“I have gone through and perused the chargesheet along with the documents filed along with it. Cognisance taken on offence regarding abetment to suicide of late Sunanda Pushkar and for committing cruelty upon her. On the basis of the police report, I take cognisance abetment of suicide punishable under 306 IPC and cruelty under 498A IPC. There exists sufficient grounds to proceed against Shashi Tharoor for commission of offence,” Magistrate Vishal said.

He was pronouncing the order after taking cognisance of the chargesheet filed by the police in the case that has taken various twists and turns ever since 51-year-old Pushkar died under mysterious circumstances in a hotel room in south Delhi on January 17, 2014, days after she alleged that her husband was having an affair with a Pakistani journalist.

A total of 27 tablets of Alprax were found in her room but it was not clear how many she had consumed.

The magistrate also issued notice to the prosecution for a written reply on the application of BJP MP Subramanian Swamy, who has been carrying on a campaign in the case, for conducting the prosecution.

On May 14, police chargesheeted Tharoor under sections 306 and 498A of the Indian Penal Code, pertaining to abetment to suicide and cruelty to wife, which entails a jail term that could extend up to 10 years.

Meanwhile, Tharoor said in a statement that he found the charges against him preposterous and baseless, the product of a malicious and vindictive campaign against him.

“I will continue to vigorously contest these charges and maintain my steadfast conviction that ultimately truth will prevail through the judicial system that we have privileged to have in our country,” he said.

Tharoor said that he would like to point out from the very start he had fully co-operated with the investigating team and continued to maintain that due legal process must be followed in all respects related to this case.