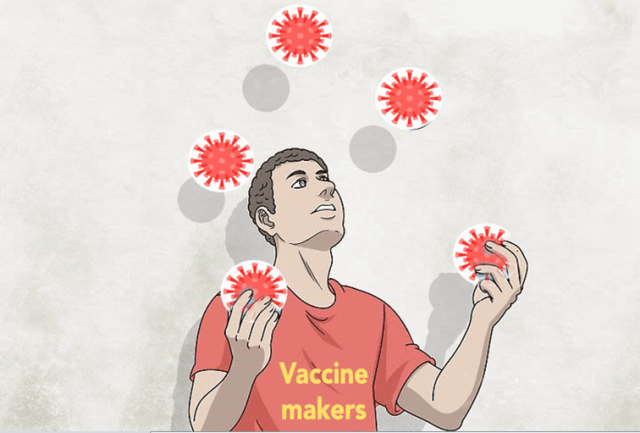 On 2nd of  September 2009 American pharmaceutical giant Pfizer Inc. (the same Pfizer which has come out with the so called Covid19 vaccine )and its subsidiary Pharmacia & Upjohn Company Inc. (hereinafter together “Pfizer”) agreed to pay $2.3 billion, the second largest health care fraud settlement in the history of the Department of Justice, to resolve criminal and civil liability arising from the illegal promotion of certain pharmaceutical products, the Justice Department announced.

While in 2012 the drug giant GlaxoSmithKline pleaded guilty to promoting drugs for unapproved uses and failing to report safety data about a diabetes drug to the Food and Drug Administration (FDA). The world famous (or infamous) company paid $3 Billion, the largest ever fine in drug fraud scandal. The case concerns 10 drugs, including Paxil, Wellbutrin, Avandia and Advair. Deputy US Attorney General James Cole told a news conference in Washington DC that the settlement was “unprecedented in both size and scope”. GSK, one of the world’s largest healthcare and pharmaceuticals companies, admitted to promoting antidepressants Paxil and Wellbutrin for unapproved uses, including treatment of children and adolescents.

The amount paid by these companies as fraud settlement fine is more than the GDP of many small countries in the world. Surprisingly, what is harrowing in these cases is the absence of discussion on the number of innocent people manslaughtered in their mindless race for wealth creation at the cost of human lives. Right from obtaining the country licenses to getting their untested drugs prescribed by the public and private doctors; kickbacks and bribes overrides humanity, empathy and ethical values. It’s a blood sport in which the common man’s suffering and death attracts no revenge and the globetrotting killers are cordially invited to act with total impunity having full governmental support.

The case of COVID-19 however is the biggest sinister  scam of our time. This game of death and destruction is totally man-made and those who have unleashed this death storm had already proudly announced it on national and international televisions in advance .The dollar black hole Bill Gates who has had no medical qualification even at the primary nursing level claims to have obtained patents for viruses , no not the computer viruses, but the biological ones. He has been prophesying this pandemic for a couple of decades now and that his creation , the RNA vaccine against this pandemic,  will have gene sequence altering effect on mankind. He has minced no words while expressing his satanic desire to depopulate a large part of the planet and that of tweaking the DNA of humans to control their behaviour through his bloody vaccine. The purpose of this article however, is not to discuss why and how the pharmaceutical shylocks hunt their prey and drain them to death but to inform my fellow countrymen in India that the dark stage of black death traps has been set on our soil and that  there is very little time left for us, the uninformed masses, to open our eyes and fight for our lives.

Think about how for the last few months we have been forced to act like puppets in the hands of draconian political masters. We have been forced to live under curfew and believe that a minor flue caused by a long known corona virus is causing millions and millions of deaths of people who you never knew and will never know about. As I personally checked in both Qabristan and Shamshan where the caretakers’ registers show no spike in death and no increase in burial or cremation due to this ‘pandemic’. So who the hell is dying of Corona?

Everyone who dies of any other disease is skilfully being registered in the Corona quota in order to inflate the figure and satisfy the Pharmaceutical terrorists’ requirement of unleashing the nation-wide enslaving vaccine. Indian Pharmaceutical Shylocks who have donated hefty sums for political parties to get elected and remain in power are salivating for their pound of flesh now. Haven’t you seen the sudden emergence of a previously unknown face of Adar Punawalla flashing on all national level TV and newspapers shaking hands with his political contractors signing agreements and talking turkey. There are many other merchants  of death waiting in wings. The days and months ahead are extremely tumultuous for our motherland. It’s not by accident that the 40 year old Indian “Covishield” volunteer , the candidate vaccine being tested by the Pune-based Serum Institute of India (SII), has sued the company for ₹5 crore, alleging that the vaccine triggered an adverse reaction, which includes neurological impairment and an inability to get back to the life before being inoculated.

He has also demanded, via a legal notice sent to the SII, AstraZeneca and the Oxford Vaccine Group, that the vaccine trial, which is now being tested on 1,600 volunteers in India, be immediately halted.

This time the merchants of death have wagered it criminally big and will loose it all if the educated and caring Indians rise to the occasion and nip these Pharmaceutical companies in the bud.

Arshad Mohsin(A Kuwait Based Author of Indian origin who can be contacted on wichars2012@gmail.com)