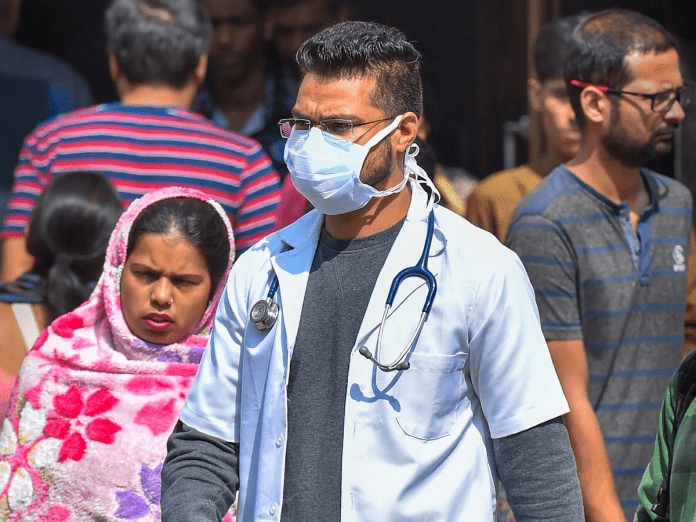 Just a few days after the outbreak and spread of COVID-19 in China, it became clear that the world economy will be badly hit due to this epidemic. Nearly three months since, it has also become clear that the downside impact on the economy will be far-reaching. The long-standing trade war between Chinese President Xi Jinping and US President Donald Trump has turned into an virus-war with the COVID-19 epidemic. Once they have dealt with the threats of the disaster, other influential countries of the world will also join this ‘war’. This is to say that the political effects of the epidemic will be global and the political map of the world will change. India, too, will not remain untouched by this inevitable change.

But right now India has a huge challenge to deal in the form of COVID-19. There are many speculations by experts about the impact of coronavirus in India. It is being said that after the current attack has passed, a second wave of epidemic too may come. The impact of the epidemic, it is said, can last for three years. If the situation of social transmission of the virus does not happen in the current phase, there will be a lot to be thankful about. But if there is  social transmission of the virus, then the condition could become dreadful. Due to the large population, extremely inadequate health services, unhygienic environment, wide scale unemployment, shabby state of economy and so on, there can be large scale mortality. The poor will be worse hit  leading to more deaths. But it is clear from the example of Europe that the rich too will fall victim to the epidemic in large numbers. India, therefore, needs to employ concrete immediate and effective  measures.

There are four suggestions in this regard:

2. The government should establish a COVID-19 fund. All permanent employees of the government and private sector, including MLAs and MPs should give one month’s salary to COVID-19 fund. The owners of corporate houses, non-resident Indians and celebrities should generously donate money to this corpus.

3. Doctors have advised a nutritious diet to increase  resistance against Kovid-19. In view of this, the central and state governments should allocate an appropriate amount and ration for  workers in the unorganized sector, considering their family as a unit.

4. In order to lend support to the teams of already burdened doctors, nurses and other healthcare workers, young volunteers from well to do families should come forward and register  with the government to serve as volunteers.