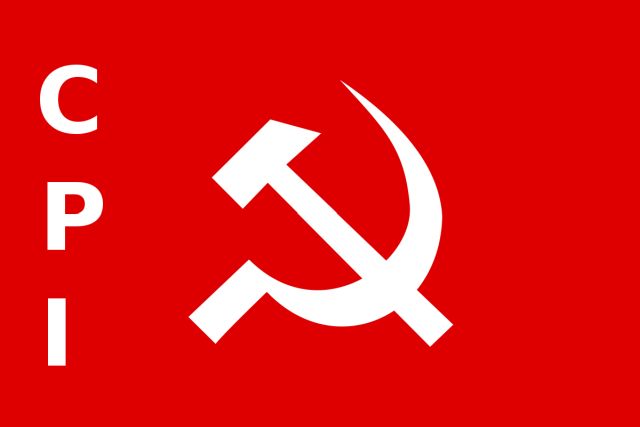 Kolkata : Coming down heavily on the BJP-led central government for the increasing communalism, intolerance, unemployment and the lack of democratic growth in the country, the Communist Party of India on Tuesday called for bringing together all secular and democratic forces including the Congress on a broader platform to fight against the central dispensation.

“We believe that the Narendra Modi government and the Sangh Parivar should face a challenge. There should be a broad democratic secular platform to fight against this government and its policies and thus we plan to unite all secular forces including the Congress in spite of the differences with them,” CPI General Secretary S. Sudhakar Reddy told a media meet here.

Stating that discussions were on with other left parties, Reddy said such a “secular and democratic platform” is possible at the national level in future that might serve as an alternative to BJP’s rule in this country.

Citing examples of the Narendra Modi government’s failure to bring back black money from banks abroadand lack of promised job creation during the last three years, he accused the centre of constantly making false promises to the country’s people.

He took a swipe at the centre’s demonetisation move and implementation of GST, and claimed the two moves have “damaged the Indian economy like big injuries”. It has been proved that the moves were made not to eradicate black money but to help the black money holders in the country, he said.

Reddy also criticised the centre and the BJP for the rising intolerance against the intellectuals, minority community and the Dalits in the country.

“They are being targeted by this government. University lecturers are being removed, student leaders are facing sedition cases, attacks on minority community and Dalits are increasing and the corruption in the BJP is on the rise,” he alleged.

However, the CPI General Secretary sidestepped the issue of including West Bengal’s ruling Trinamool Congress in the proposed secular platform at the national level saying the inclusion of parties form West Bengal would also depend on the decision of the Left party’s state leadership.

“The inclusion of the parties would vary from state to state. All the secular parties in the country are not national parties. At the national level secular democratic parties would be included while in the state the left and democratic forces would discuss what kind of platform they would create and accordingly we would decide,” Reddy added.