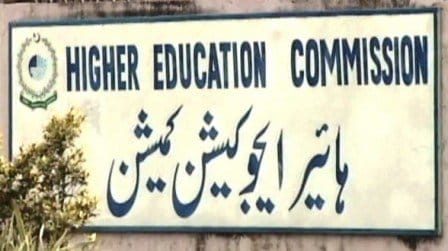 New Delhi:  CPI (M) general secretary Sitaram Yechury on Thursday wrote a letter to Prime Minister Narendra Modi opposing the proposed Higher Education Commission of India (HECI) Draft Bill which seeks to replace the existing University Grants Commission (UGC) by another body. He also announced that the CPI (M) would build a broad-based resistance of like-minded parties against the bill inside and outside the Parliament as it seeks to “communalize higher education and to end the reservation policy”.

Briefing the media at the party headquarters here, Yechury alleged that the move to replace the UGC is inspired by RSS-BJP agenda to communalize higher education and its institutions.

He alleged that the present government has repeatedly targeted Public-funded Higher Education and Research in the last four years.

“Its hostility against the culture of democratic debates and rational social inquiry in premier universities, by demonizing and mobilizing negative public opinion against sections of students and faculty, its authoritarian challenge to academic and intellectual autonomy, and its aggressive promotion of mythological beliefs and supremacist bias against scientific and historical facts constitute one dimension of this attack.”

Releasing the note of CPI (M)’s objections to the provisions of the draft Bill sent to the PM, he said the twin agendas of “Privatisation and Social Exclusion” are strongly reflected in the Draft Bill on the HECI (Repeal of UGC Act, 1956) Act, 2018 that the MHRD proposes to introduce in the Monsoon Session of the Parliament.  The bill is silence on reservation policy in the universities, he added.

He said like-minded political parties will be mobilized to oppose it in Parliament and outside.

“The CPI)M) will approach all secular, democratic parties, educationists, intellectuals, teaching fraternity, students and all other concerned individuals and organizations to build a broad resistance against this.”

In the letter, he made a case for subjecting the draft to wider consultations, including all stakeholders rather rushing it to Parliament for legislation.

The party is of the view that if was enacted in its present form it would have major adverse impact on country’s higher education system.

“As it is often said, it does not require an external enemy to destroy a country, destruction of its education system is more than adequate to ensure that outcome,” Yechury said in the letter.

In response to a question, Yechury said the other, more systematic, way in which it has tried to bring Higher Educational Institutions (HEIs) down on their knees is by continuously slashing budgetary allocations to the UGC.