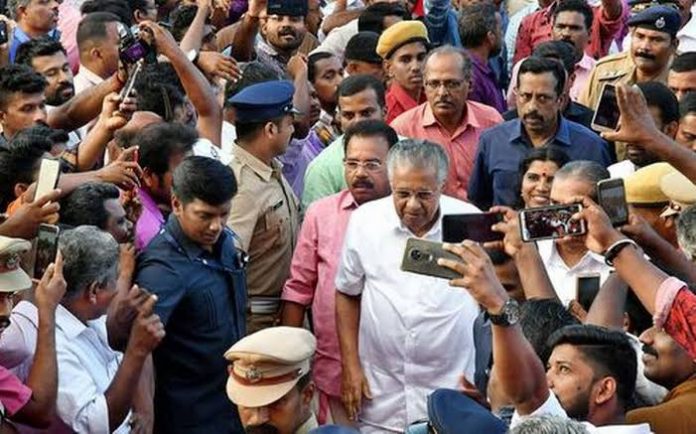 Speaking to the media after the Communist Party of India-Marxist”s Central Committee meeting here, he also asked people not to give details in the National Population Register.

Yechury said that the Central Committee has condemned the police “atrocities” against the anti-CAA campaign.

“The campaign will continue and it should be done in a peaceful way. It is in the BJP- ruled states (Uttar Pradesh, Assam and Karnataka) that deaths have been reported on account of police firing. Videos of police destroying property have come out, but innocent people are being charged,” he said.

Later addressing a public meeting here, Yechury said that there is only one holy book and it is the Constitution of India.

“Prime Minister Narendra Modi”s attempt to destroy the Constitution will not be allowed. The Central Committee meeting also decided to carry out a nationwide campaign to see that normalcy returns to Kashmir. The Centre should see that they reimburse the damages that have been cause din the agrarian sector in Kashmir,” he said.

Hitting out at the CAA, he said the BJP has dismissed whatever the CPI-M has spoken about CAA.

“The decision of the Centre in CAA is to see that Hindus are given citizenship and the Muslims are sent to detention centres,” he said.

Slamming Modi, Yechury said that lakhs of Indian students have taken on the task of protecting the Constitution.

He also said that under Modi, the economy has gone for a toss and every sector has been badly affected.