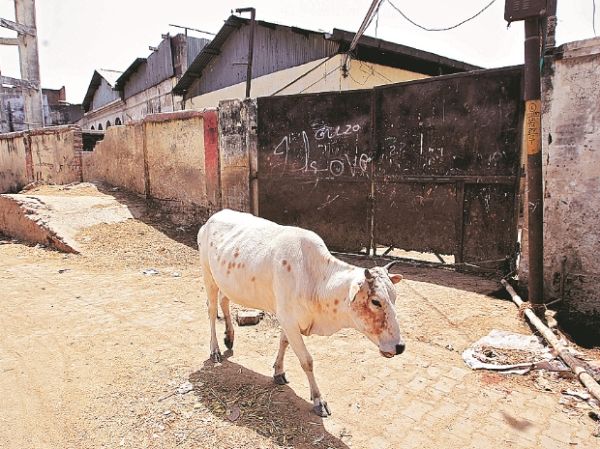 New Delhi : The Communist Party of India-Marxist on Wednesday said it will mobilise people in September to demand a central ban on cow vigilantes and “RSS-sponsored moral policing”.

The party has demanded that there should be a central ban on “all such private armies particularly gau rakshak samitis”.

In a statement issued after its central committee meeting here, the CPI-M said that it strongly protests against the growing attacks on Dalits and Muslims.

“The party at all levels must mobilize the people during the month of September demanding a central law banning gau rakshak samitis and RSS-sponsored private armies in the name of moral policing,” CPI-M said in a statement.

The party further criticised Prime Minister Narendra Modi’s visit to Israel and said that the India is being reduced to a junior strategic ally of the US.

“The Prime Minister’s recent visit to Israel and the BJP government’s desire to have a global US-Israel-India axis must be highlighted as being against the interests of India and our people,” a party statement said.

It called upon all the party units to observe world peace and anti-imperialist day on September 1 and highlight “the surrender of the Modi government to US imperialism”.

It also said that education and research bodies and institutions like the Archaeological Survey of India (ASI) are “being penetrated with RSS personnel in order to sharpen communal polarization and to rewrite history”.

“There are cries from the RSS calling for sanitising NCERT textbooks, removing references to Tagore, Ghalib, Dinkar, Avtar Singh Pash, Urdu words, praise of Mughal Empire etc. The Censor Board has refused permission for screening a documentary film on Nobel Laureate Amartya Sen demanding deletion of words like cow, Gujarat, Hindutva etc,” the party pointed out.