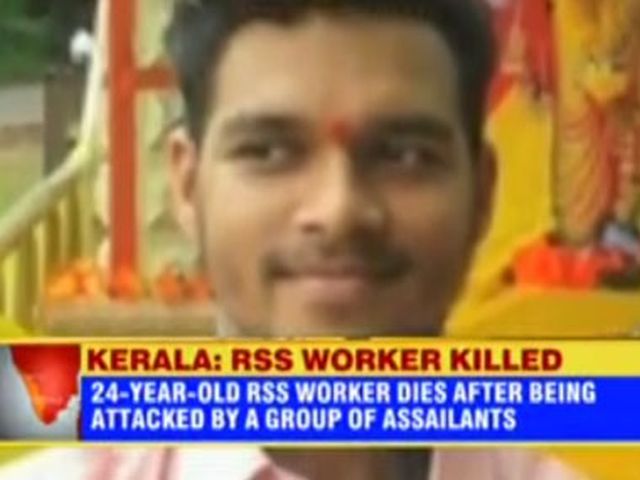 Kannur (Kerala) : A CPI-M worker was on late Monday slashed to death by RSS activists at Palloor near here, the Left party alleged. An RSS worker was soon attacked in retaliation and has succumbed to her injuries, officials said.

In a press statement issued by its Kannur unit, the Communist Party of India-Marxist (CPI-M) said that the “brutal murder of K. Babu, a former councillor and an active member of the party, by the RSS activists shows that they (RSS) are in no mood to end the politics of violence, that they have been carrying out.”

“There was a RSS camp that was going on Kuthuparampu and this incident occurred after it got over. Babu last year also came under attack. To protest this murder, the CPI-M has called for a shutdown in Kannur and Mahe,” it said.

Meanwhile soon after this, RSS worker Shanoj was attacked near New Mahe and taken to a hospital near here, where she later succumbed.

Police, while launching a manhunt for the killers, have enforced combing operations in the area to see that the situation does not go out of control.