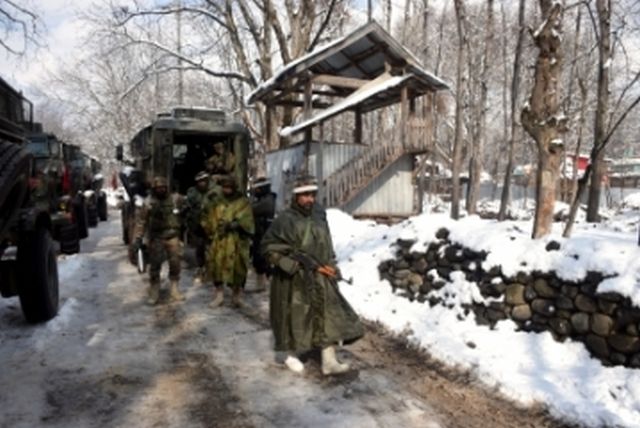 Srinagar : Police said on Saturday that no militant’s body has been recovered from the site of a gunfight in Jammu and Kashmir’s Pulwama district that left a CRPF trooper injured.

The police said search operations were still on in Aripal village of Tral area but no body of any militant had been found so far.

Earlier, security forces resorted to aerial firing to disperse scores of protesters trying to march towards the gunfight site.

The protesters assembled as news spread that a local Hizbul Mujahideen commander, Hammad Khan, had been killed.

There was no official word on the killing as police said the operation against the militants was still going on.

Police, however, confirmed that a Central Reserve Police Force (CRPF) trooper was injured in the exchange of fire between the militants and the security forces.

“The injured CRPF jawan has been shifted to hospital,” a police officer said.

Reports from the area said that the house in which the militants were hiding had been destroyed in the encounter and firing exchanges had stopped after that.