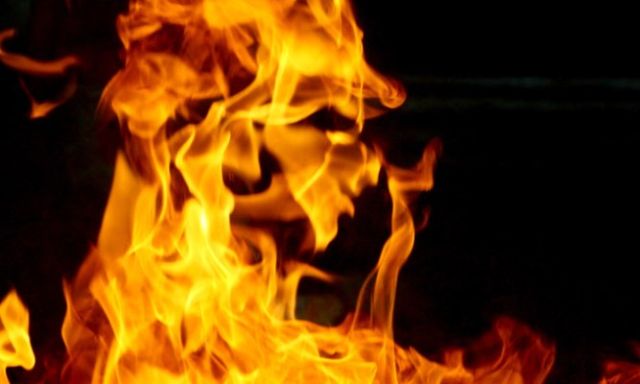 Ahmedabad : A 60-year-old Dalit activist, who set himself on fire in Gujarat over government’s alleged failure to regularize land tilled by a landless labourer, succumbed to his burn injuries late on Friday.

Bhanubhai Vankar set himself on fire on Thursday inside the compound of Patan Collector’s office. He was rushed to a local hospital before being moved to the Apollo Hospital in Ahmedabad.

Earlier on Friday, Chief Minister Vijay Rupani said that the State government was taking full care of Vankar. He said the government would bear all the expenses the Dalit activist’s treatment.

“We are receiving messages from many supporters across the state that they are frustrated and would resort to suicide. I request all of them not to take any such steps and instead go on an indefinite dharna (protest).

“I would request them to approach me and we will carry forward the fight,” Jignesh Mevani, MLA from Vadgam constituency and a Dalit youth leader told reporters on reaching the hospital where Vankar died.

Vankar had been seeking physical possession of land that was allotted to Dalit families by the state government.

He had written a letter to the Chief Minister last month, warning him of taking the step of self-immolation if the families were not allotted the land.

Though the Chief Minister’s Office had sent in an advisory to the collectorate, the officials there allegedly took the matter casually.

Vankar reached the Collector’s office along with the Dalit families of Hemaben and Ramabhai on Thursday, drenched himself in kerosene and set himself on fire.

The body of Vankar is likely to be moved to Unjha in Mehsana district on Saturday for last rites.

Contractors who repaired Morbi bridge not qualified for such work: Prosecution tells court